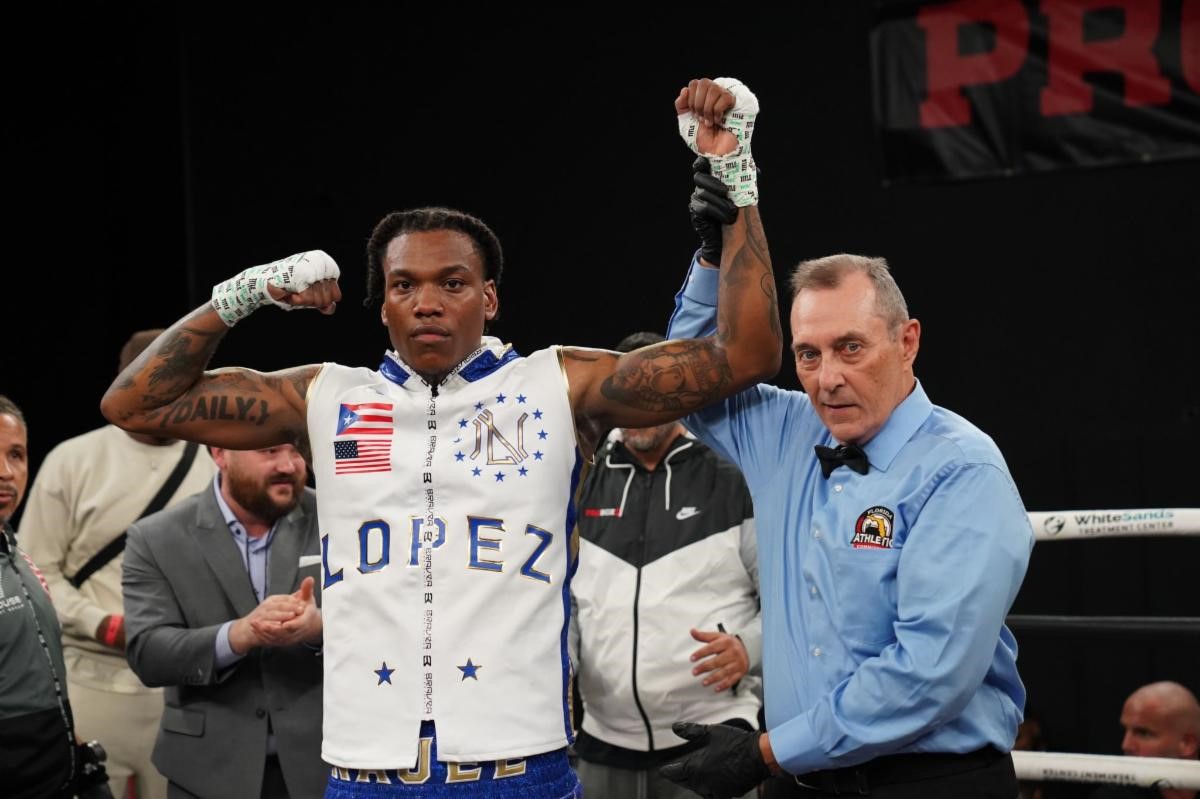 Lopez, who hails from Ellwood, GA, was impressive as he defeated veteran journeyman Alex Theran (23-7, 15 KOs) with a second-round TKO. Lopez dropped Theran in the opening round, then finished him off in round two. After the short night, Lopez is ready to get right back to business.

“It felt fantastic to score another knockout this early in my career,” said Lopez. “I have a lot of confidence and I know I can defeat many of the top guys in the division right now. I’m going to take it one fight at a time, but I’m definitely ready to keep stepping up my competition. I’ll be right back in the gym ready to go for March 25th.

“It was a great experience to get my pro debut out of the way,” said Wu, who has a tremendous following on social media. “I’m still learning and getting my first win as a professional is a big weight off my back. I know with more fights, I’ll be getting better and better.”

“I was really impressed with Lopez who beat a very experienced fighter in Theran,” said manager Tim VanNewhouse. “My plan is to move him a little more quickly than most at his level of experience. If Najee develops the way his team and I believe, I can see him being ranked before his tenth pro fight. As for Wu, he has all the tools to become something special, with some more professional coaching I will get him into a great position. I want to keep these guys busy and fighting at least five times a year.”