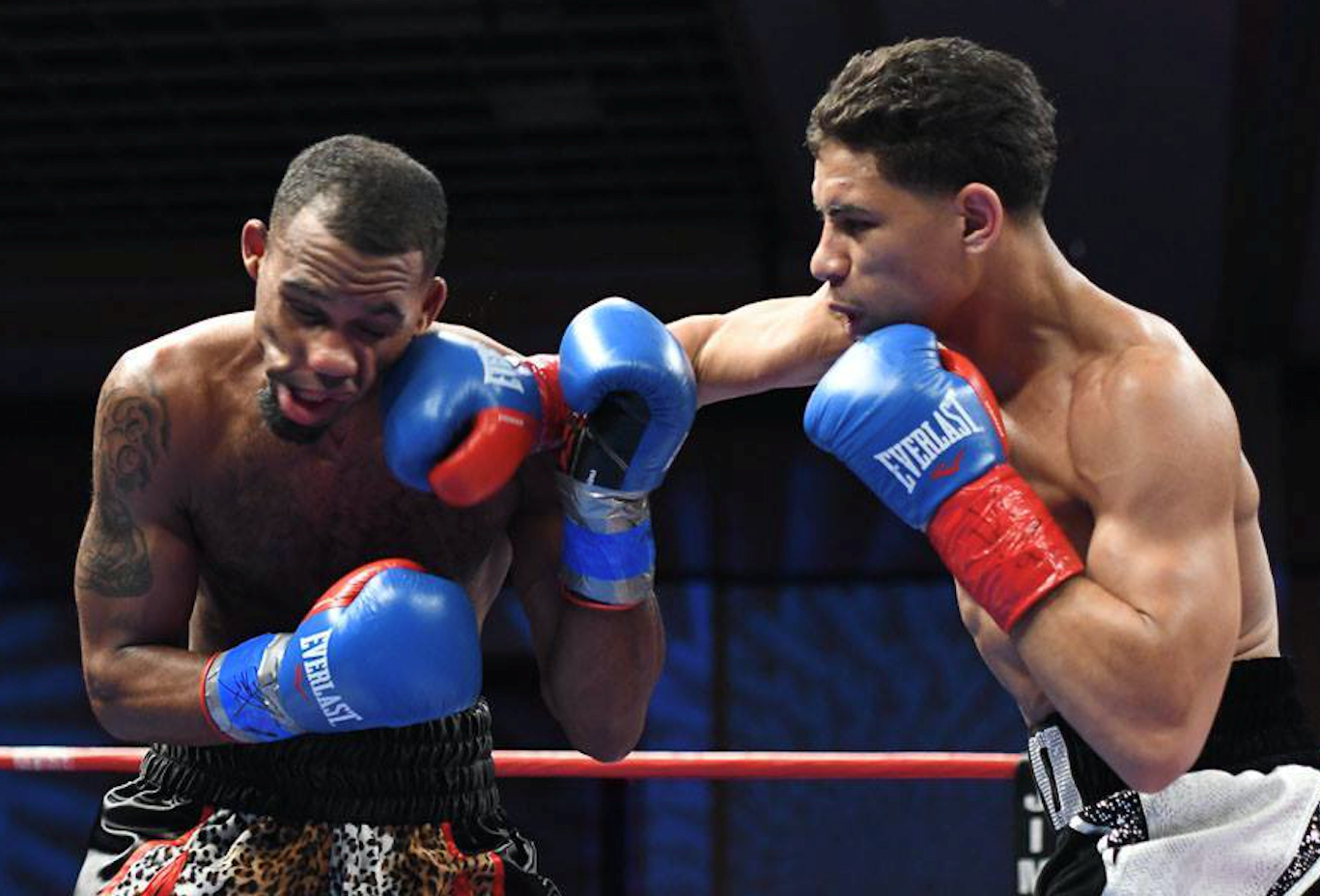 Worcester, MA (April 27) – Jamaine Ortiz has reached the point in his career where each upcoming fight is his toughest test to date. No more tune-ups. No more cakewalks. And certainly no more stay-busy fights.

“Every fight is tougher than the last one. That’s what’s expected,” Ortiz said. “At the end of the day, I want to prove I’m the best and the only way to do that is to continue taking challenges, even some you may not be ready for or some you don’t anticipate.

“But if the people who are behind believe you’re ready, you have to go for it. And I’m ready. I’m not scared of any challenge.”

The 26-year-old Ortiz is looking to simply seize yet another opportunity on boxing’s biggest stage. “The Technician,” a Worcester, MA, native signed with Jimmy Burchfield’s CES Boxing, showcased his array of talents February 18 on Showtime’s ShoBox: The New Generation in a convincing, unanimous-decision win over Nahir Albright, which, like his last few fights, was billed at the time as the toughest of his career.

Now the real test begins. In Herring, Ortiz is facing a 2012 U.S. Olympian who began his career at 135 pounds before finding unrivaled success at super featherweight, which included an impressive knockout over Juan Pablo Sanchez, an upset win over Masayuki Ito for the WBO 130-pound crown, and subsequent title defenses against Lamont Roach Jr., Jonathan Oquendo, and Carl Frampton before losing the belt to Shakur Stevenson in 2021. He’s back at 135 looking to add his name to the mix among the lightweight division’s elite.

So is Ortiz. His first real taste of the boxing limelight came in November of 2020 when he became the first fighter to stop challenger Sulaiman Segawa, finishing his opponent in the seventh round of a scheduled eight-round bout on the undercard of the Mike Tyson-Roy Jones pay-per-view event in California. In April of 2021, his first appearance on ESPN, he fought to a draw against fellow unbeaten lightweight Joseph Adorno, surviving two knockdowns to keep his unbeaten record intact.

That fight may have been the turning point that resulted in February’s dominant performance against Albright, who entered the bout with seven knockouts on his resume and had just demolished renowned prospect Michael Dutchover. Unnerved by Albright’s recent surge, Ortiz put on a clinic that night in Orlando, out-boxing Albright en route to a relatively stress-free 98-92, 97-93, 97-93 win.

“I tried to adjust some of the mistakes I made from the [Adorno] fight,” Ortiz said. “I took my time and spent more time boxing. I’m not just a guy that comes in there and throws a bunch of punches. I’m trying to get hit less so I can be back in the ring quicker.

“You have to think about being smarter,” he continued. “Since I turned pro, my goal has been to entertain the fans. There are ways to do that, either through social media or by fighting a fan-friendly style. I don’t have a lot of crazy knockouts, but I feel like I have an entertaining style. I’m getting away from that concept a bit and trying to preserve my body a little more and be more conscious. You don’t have to fight every second of every round.”

Realizing he played into Adorno’s hands in April of 2021 by engaging in a slugfest with the hard-hitting right-hander, Ortiz made the right adjustments against Albright, who left the ring frustrated and battered by Ortiz’s impeccable hand speed and footwork.

Herring, who turns 37 in October, is clearly in a different class from Ortiz’s previous opponents, but the mindset is the same – move, box, defend, and stay out of danger.

“He’s a tough dude – very mentally strong,” Ortiz said of Herring, “and being a Marine, you already know he’s coming in shape. He’s disciplined. This is not going to be easy, but I believe I have the better skill set. Him being a former world champ and getting older and me coming up the ladder, this is the perfect fight for me. It was a no-brainer.”

Earlier in his career, Ortiz had just as much going on outside of the ring as he did between the ropes, first working as a carpenter’s apprentice and most recently getting involved in selling real estate. With each fight, he transitions more and more toward becoming a full-time boxer who eats, sleeps, and breathes the sport. He’s brought others into his circle to handle various day-to-day affairs, allowing him to focus on his craft, and he admits to taking more moments to truly appreciate where he is and embrace the moment. At 26, these are his prime years, and he knows he’s one or two more wins away from the potential opportunity of a lifetime in boxing’s hottest weight class.

“A win puts me in the discussion. That’s what I’m hoping for,” Ortiz said. “You’ve just got to keep your head down, keep working, and focus on the plan. I’ve always been an opportunist and you’ve got to be ready when that opportunity presents itself. I could make more money working a normal job, but I’ve made the sacrifices I need to make for the time being for moments like this.”