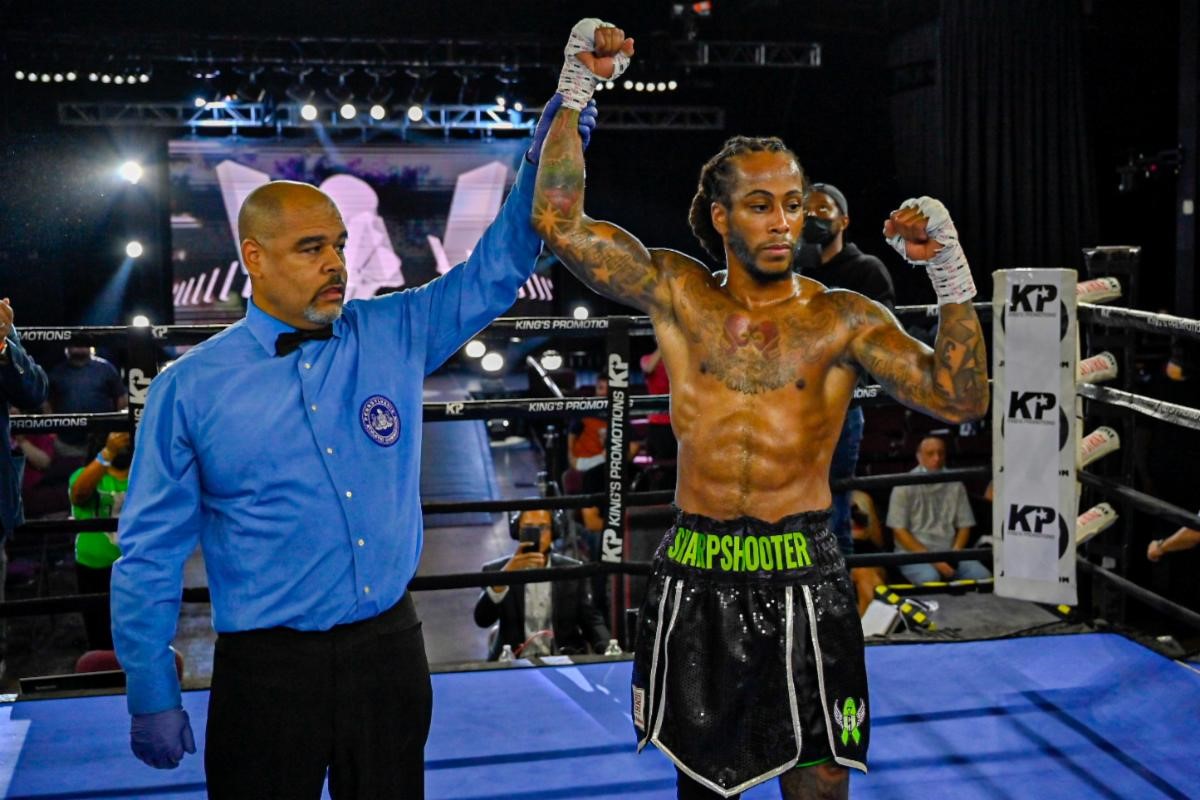 PHILADELPHIA (September 13, 2021)–PHILADELPHIA–Greg Outlaw stopped Edgar Torres in round two of their scheduled six-round welterweight bout in the main event of an action filled seven bout card in front of a near-capacity crowd at 2300 Arena.

The card was promoted by King’s Promotions.

In round two, Outlaw landed a booming uppercut that sent Torres on his back. Torres was able to get to his feet, only to eat a huge barrage of punches, for which was punctuated by another uppercut, and the bout was stopped at 1:47.

Christian Carto returned after a 31-month layoff to comeback and take out Yeison Vargas in the opening round of their six-round bantamweight bout.

Carto looked quick under new trainer Bozy Ennis, and dropped Vargas with a hard combination. He ended things with a terrific left hook to the body that sent Vargas down for the 10-count at 2:53 of round one.

Elijah Morales remained undefeated with a six-round unanimous decision over Kevin Davilla in a welterweight fight.

Hutchinson dropped Byrd in the opening seconds of the fight.

LeAnna Cruz made a successful pro debut with a four-round unanimous decision over Delaney Bailey in a bantamweight bout.

In round one, Cruz dropped Bailey. Cruz boxed smoothly over the next three rounds and won by scores of 40-35 on all cards.

Julian Gonzalez stopped Ronny Arana in the opening round of their scheduled four-round junior lightweight contest.

Gonzalez landed a vicious combination that hurt Arana, and the fight was stopped at 1:20.

In round one, Albright dropped Camareno with a left hook. In round two, Albright continued to batter Camareno until the fight was stopped at 2:26.