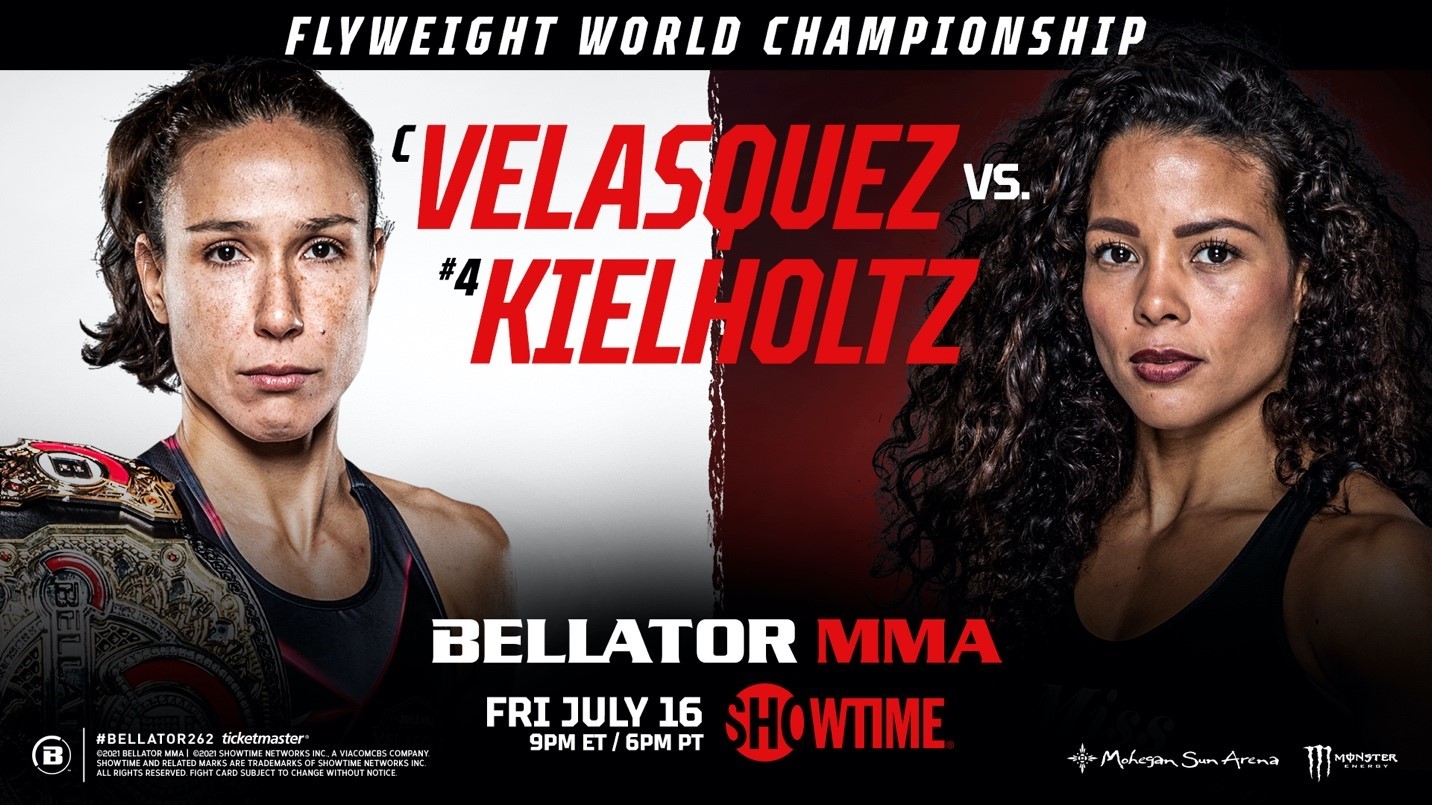 LOS ANGELES (June 17, 2021) – The slate of action scheduled for BELLATOR 262 on Friday, July 16 continues to grow with the addition of five must-see contests.

A limited number of tickets starting at $60 are on sale now and can be purchased at Ticketmaster and Bellator.com.

At one time best known for his collegiate wrestling prowess, Tyrell Fortune has vastly improved his striking as his budding professional MMA career has progressed, earning knockouts with his fists in six of his ten victories. Currently ranked in the top five of BELLATOR’s heavyweight division, Mitrione poses the stiffest test yet for the 30-year-old Arizona resident when he competes on the main card of BELLATOR 262.

Entering the BELLATOR cage for the ninth time since signing with the promotion in 2016, former New York Giants football star Matt Mitrione will look to defeat the man 12 years his junior when he returns to action on July 16. Known for his heavy-handed, in-your-face style, Mitrione will be making the walk for the first time in 2021, following a defeat at the hands of current interim heavyweight title challenger Tim Johnson last year.

A former two-time light heavyweight title challenger, Linton Vassell recently returned to heavyweight where he has found immediate success, finishing both Ronny Markes and Sergei Kharitonov to solidify himself as the number four ranked big man in the division. A proud British fighter, “The Swarm” will be making his 15th promotional appearance at Bellator 262, averaging nearly two fights a year since signing with the Scott Coker-led company in 2013.

A veteran of the UFC, 28-year-old Marcelo Golm inked a multi-fight contract with BELLATOR in April of this year. The Sao Paulo, Brazil native is currently riding a two-fight winning streak on the regional circuit, defeating D.J. Linderman by first-round TKO, and then submitting Brandon Hebert by second-round arm-triangle choke. With his upcoming booking against No. 4-ranked Vassell, it’s safe to say an emphatic victory will likely earn him top-ten ranking following his debut