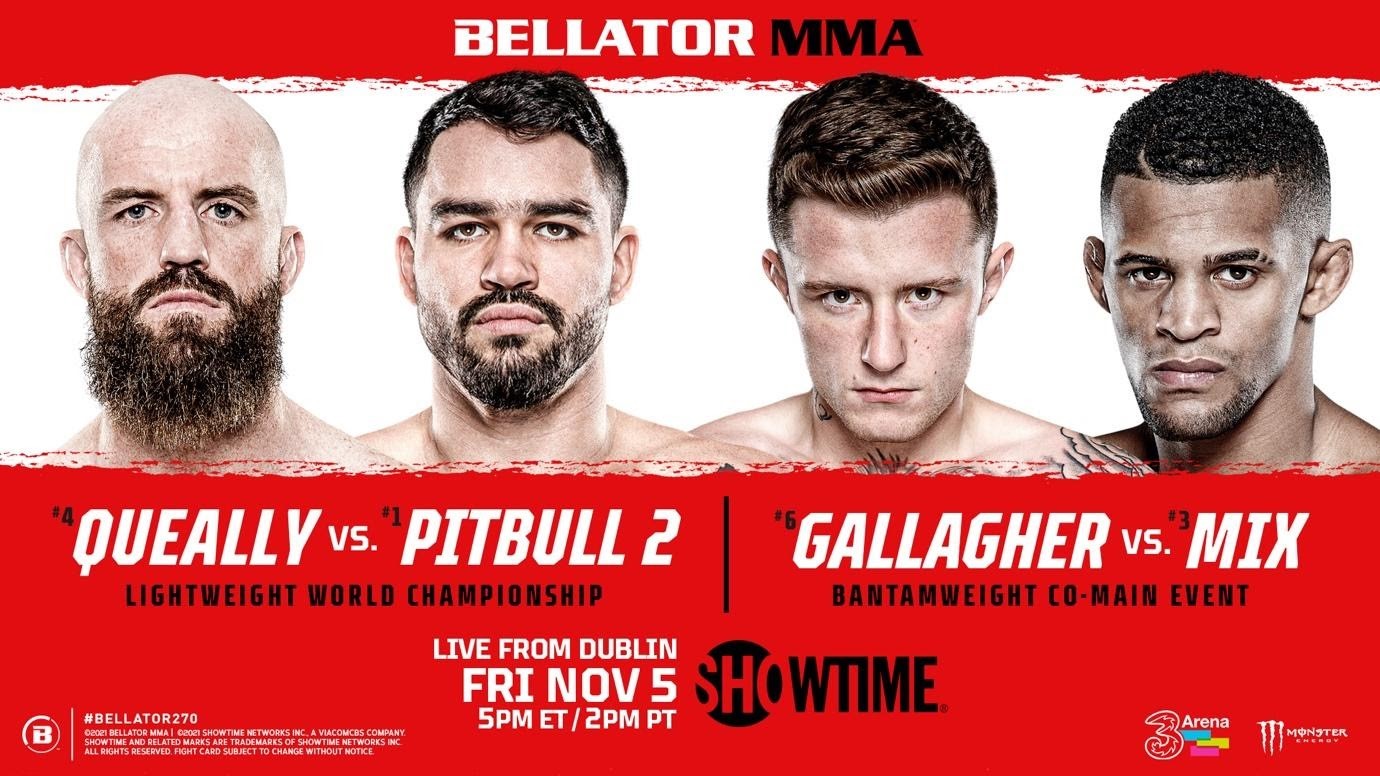 DUBLIN (October 6, 2021) – It was announced today that former two-division champion Patricio “Pitbull” has made the decision to relinquish his BELLATOR Lightweight World Championship. As a result, BELLATOR MMA President Scott Coker confirmed that the hotly anticipated rematch between Waterford, Ireland’s Peter “The Showstopper” Queally (13-5-1) and Patricky “Pitbull” (23-10) will be elevated to the main event of BELLATOR 270 with the newly vacated 155-pound world title on the line.

In the United States, the main card action will air live on SHOWTIME at 5 p.m. ET/2 p.m. PT. BELLATOR fans in Ireland can watch the eagerly anticipated event on both Virgin Media Two and Virgin Media Sport, whilst UK fight fans can watch the event live on BBC iPlayer.

BELLATOR’s return to the Irish capital will be co-headlined by an explosive bantamweight fight between two grappling wizards in No. 6 ranked James “The Strabanimal” Gallagher (11-1) and the No. 2 ranked Patchy Mix (14-1).

Tickets for BELLATOR 270: Queally vs. Pitbull 2 are on sale now and can be purchased online from Ticketmaster.ie and Bellator.com.