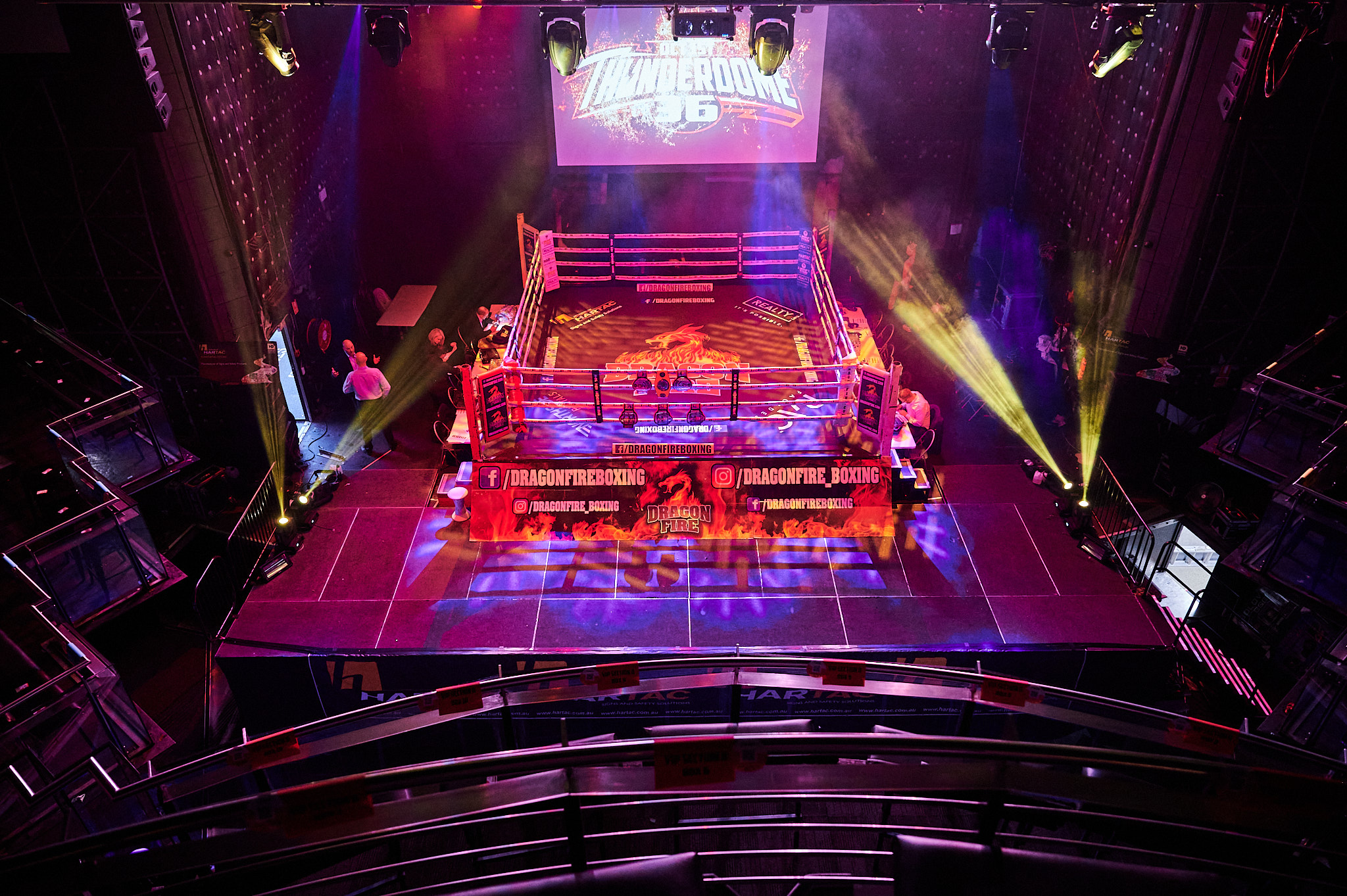 (October 28, 2021) – December 3rd will mark the final date of 2021 of an Australian institution, The THUNDERDOME boxing series based out of Metro City in Perth, Western Australia.

The name comes out of the Mad Max Thunderdome Movie, as it’s the most unique venue in all of Australia boxing, there are 4 levels in an amphitheater style modern-day colosseum, all looking down at the ring. The ring itself is situated on a stage as the venue operates as a concert venue.

Thunderdome began back in 2003 and has amassed 33 events & is ingrained in the fabric of Australian boxing. World Champions who have appeared on Thunderdome cards have been WBA Champion of the decade Chris John, Vic Darchinyan, Jeff Horn, Daud Yornan, Simpiwe Vetyeka as well as regular appearances by Australian icon Danny Green. The current generation of Western Australian boxers have all made their pro debuts at the Thunderdome
Dragon Fire Boxing Promoter Tony Tolj discusses the pandemic and the upcoming card;
“I’m so glad we got to re-establish Western Australian boxing in 2021, it was almost a 12 month layoff in February before our first event in WA since the pandemic began and I know the fighters have been over the moon with excitement about getting their careers on track. We are still bound by border issues as currently we can only have Western and South Australian boxers due to strict border controls due to Covid 19.

One thing which has separated Thunderdome from everywhere else is the competition, its always as best of 50/50 fights as you can get and March is shaping up to be another stellar night of action featuring ANBF Light Flyweight title contest putting Sarah Higginson and Bec Moss. Also will be two state titles as Matt Floyd takes on Lui Guivalu and Joe McCoy takes on Fano Kori, the exciting debut of Simon Gerbat.

Marquis Johns
The “Removalist” Francis Chua (7-1-1) boasts an excellent record of 7 wins from 8 fights, his lone loss being a …

There are many more exciting fights to be announced along with some pro debuts, one thing is for certain, 2 men enter, 1 man leaves, Welcome back the Thunderdome!”