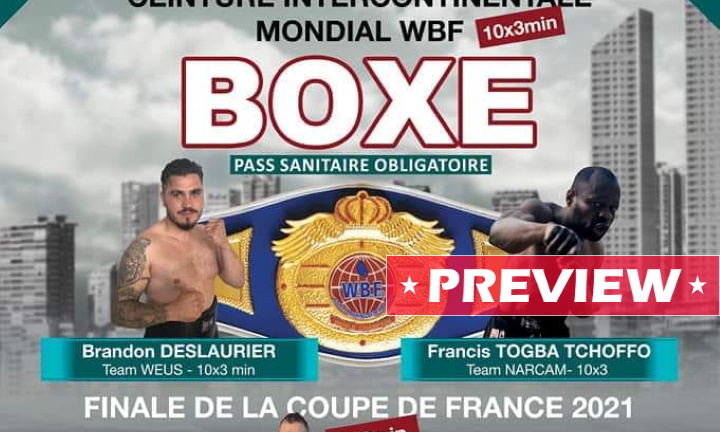 On a card promoted by Spuc Boxe, Cruiserweight Brandon Deslaurier, 12-4-1 (1), will face Vladimir Reznicek, 10-4-2 (4), from the Czech Republic for the vacant WBF International title.

Reznicek has on more than one occasion pulled off an upset on his opponents’ turf and will be looking to do just that against Deslaurier.

In 2019 Tchoffo just came up short in his first attempt to win the title, when he drew with Georgian Jemal Shalamberidze.

Vlajkov has won his last two bouts by stoppage, one of them in France last June when he handed prospect Medi Boufoudi his first defeat.

Riding that momentum, he will undoubtedly fancy his chances against Tchoffo in Pessac.