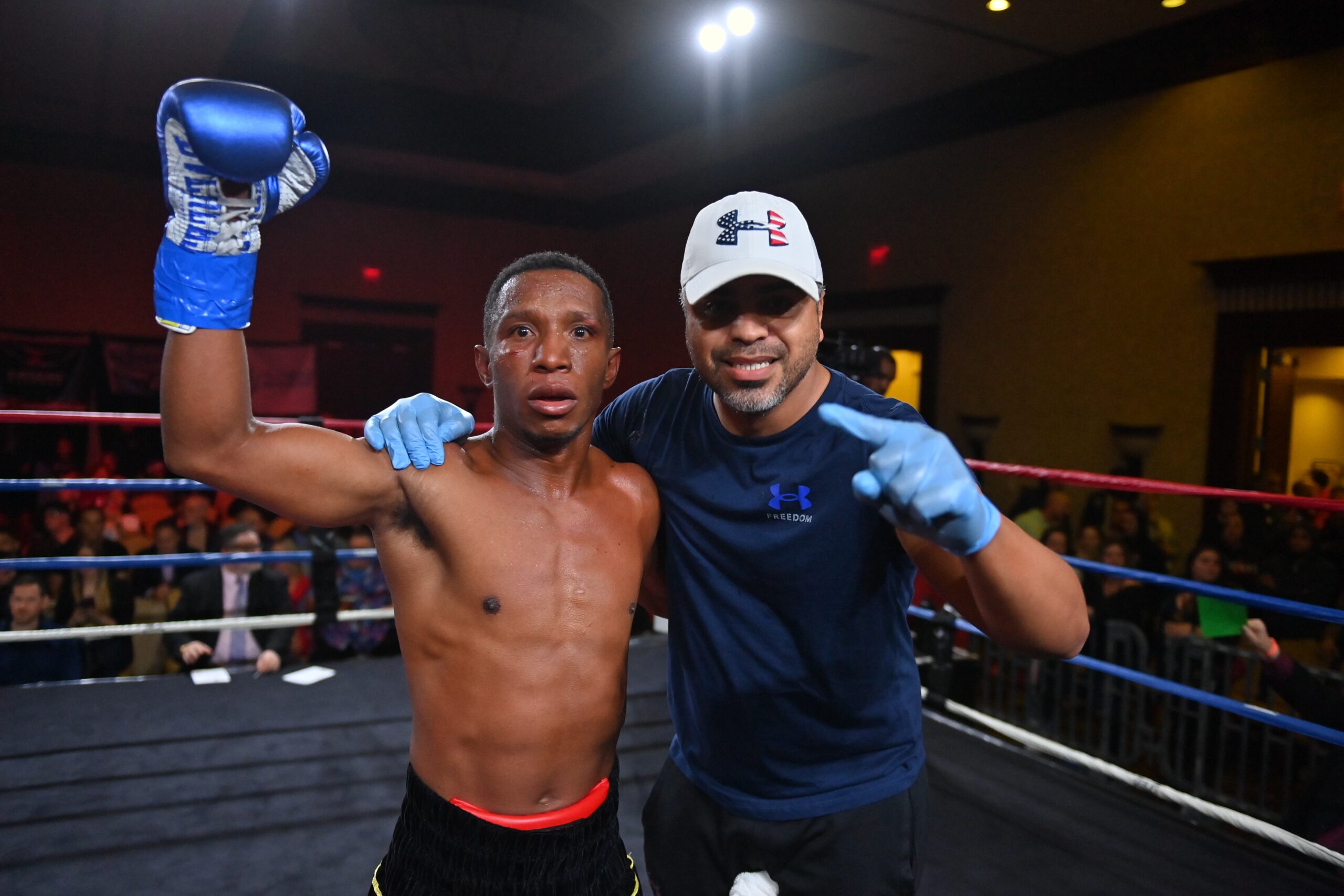 Warwick, RI (March 26) – A wild night at the Crowne Plaza Hotel ended with an unexpected finish in the main event.

After falling behind in the first two rounds, the hard-hitting Vargas cracked Delossantos (10-1) with a right hand that buckled his legs and sent him crashing to the canvas midway through the third. Delossantos got back to his feet and appeared poised to survive the round, but Vargas landed two more hard rights, the second which sent Delossantos to the canvas again and prompted referee Danny Schiavone to stop the fight with nine seconds remaining.

For Vargas, it’s his second consecutive win and second in three weeks after scoring a knockout win March 25 in his native Colombia. Prior to Saturday, Delossantos hadn’t fought since July and had only fought once since August of 2019.

In the co-main event, New Bedford, MA, super lightweight Wilson Mascarenhas (6-1) continued his winning ways, beating previously undefeated Mexican challenger Abraham Perez (3-1) by unanimous decision, 60-54 across the board. Fresh off a knockout win in February, Mascarenhas looked even sharper Saturday, out-boxing and out-working the hard-charging challenger, who continued to come forward despite Mascarenhas’ superior speed and footwork. Mascarenhas has now won six in a row.

The much-hyped bout between unbeaten New London, CT, lightweight Alejandro Paulino (9-0) and Indiana native Andrew Rodgers (6-10-2) was as good as advertised with Paulino surviving a scare midway through the fight to earn the unanimous decision win, 58-55 on all three scorecards. Paulino looked sharp through three rounds, but Rodgers caught him with an overhand right to score a knockdown early in the fourth. Paulino wisely tied up his opponent as best he could through the remainder and survived the bell before rebounding in the fifth and sixth. The fight remained competitive to the final bell as Paulino snapped Rodgers’ two-fight win streak.

In the heavyweight division, Pittsfield, MA, native Quintin Sumpter (3-0) remained unbeaten by handing Providence’s Timothy Hatfield (3-1) his first loss via majority decision, 38-38, 40-36, 40-36. Sumpter set the tone early with a series of overhand rights in the opening round, and Hatfield subsequently spent the rest of the fight tentative and unable to generate any offense. Sumpter, despite being much shorter than Hatfield, continued to land the overhand right and circled the ring to keep Hatfield at bay. Judge Eddie Scunzio scored it a draw, but Peter Hary and Joe Apice had it in favor of Sumpter.

In the opening bout of the event, Italy’s Nicola Quarneti (6-2-1) scored his first win on United States soil, defeating Rhode Island’s Keenan Raymond (1-2) by split decision, 37-39, 40-36, 40-36. Ken Ezzo scored it in favor of Raymond while Scunzio and Hary gave the nod to Quarneti. The Rimini, Italy native debuted in Rhode Island in February, but lost by technical decision when his opponent suffered a cut in the third round.