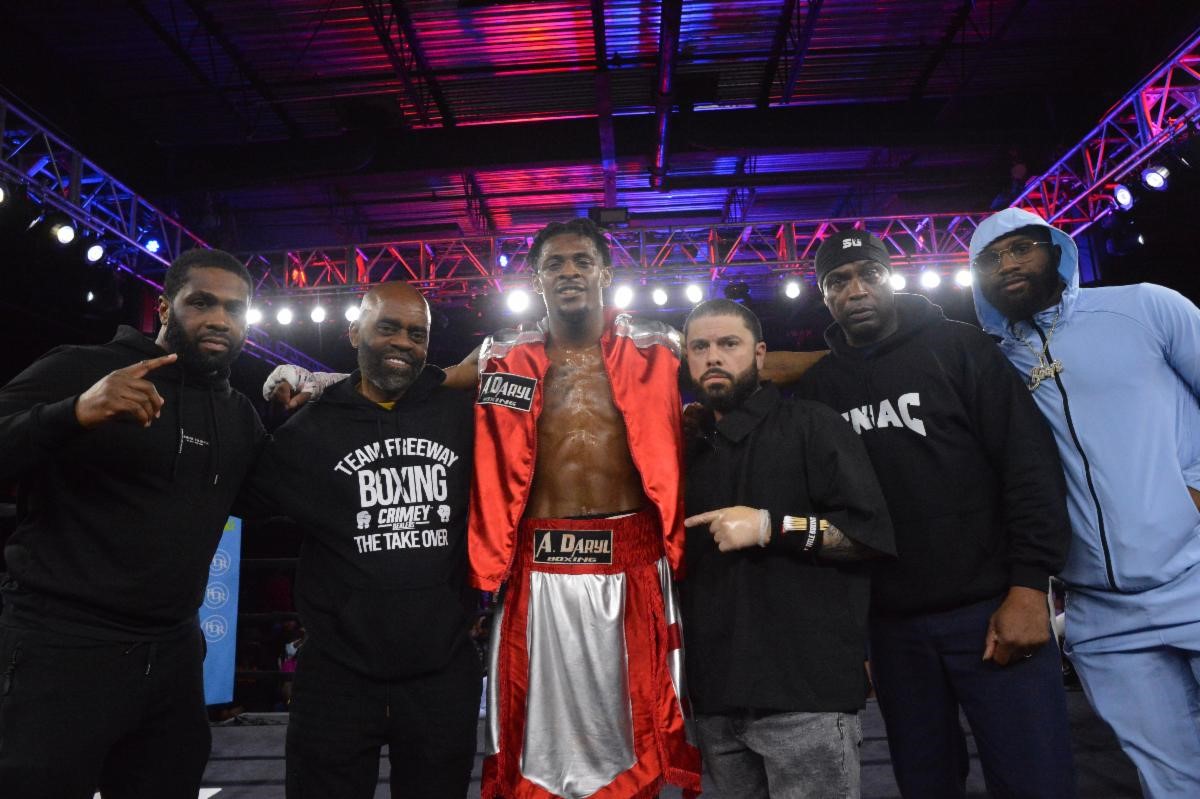 PHILADELPHIA, PA (March 26, 2022) – Last night at the 2300 Arena in Philadelphia, welterweight Ve’Shawn Champion (3-0, 1 KO) won a hard fought four-round unanimous over late sup Jorge Rodrigo Sosa (3-4, 3 KOs). Ve’Shawn, who is a member of Team Freeway Boxing, felt he gained some valuable experience, being that he had to face a southpaw at the last minute.

From the opening round, Ve’Shawn, who stands 6’2″, kept good distance with his height and reach advantage. Sosa, who has a lot of power, couldn’t figure out how to get inside on Champion. Scorecards read 40-36, and 39-37 twice.

“It was a good win against a tough opponent,” said Ve’Shawn Champion, who is advised by Freeway Rick Ross. “I wanted the knockout, but this guy was tough and wasn’t going to be stopped. I was training for a right hander in camp but he pulled out at the last minute, and I had to face Sosa who was a southpaw. I feel I fought smart and gained valuable experience going the distance in this fight. These are the type of fights that are going to make me a better fighter.”

“Ve’Shawn is going to do big things in the sport of boxing, we’re behind him fully,” said advisor Freeway Rick Ross. “I speak with him often, and he soaks up information like a sponge. With him training side by side with Boots Ennis and his dad Bozy as the head trainer, he’s bound for big things in boxing. His ability to make adjustments in the ring was nice to see, especially against a last minute change to a southpaw. It shows me that he has a high ring IQ.

“Training with Boots Ennis and Bozy has been a blessing to my career.” Champion continued. “There is nothing like training alongside a world class fighter like Jaron. I’m learning a lot being in the gym them. I’m taking every fight one step at a time and I can’t wait to get back in the ring.”