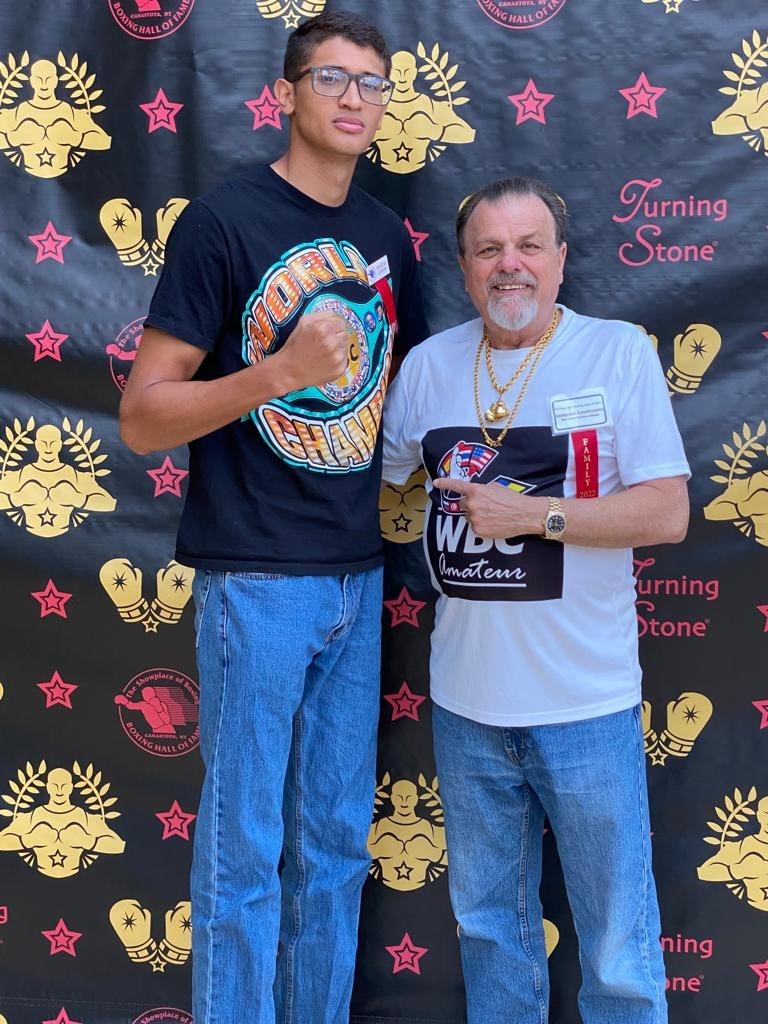 (June 10, 2022) – WBC Interim World Light Middleweight Champion Sebastian “The Towering Inferno” Fundora is currently making the rounds with fans, signing autographs and chumming around with all-time-great champions and other boxing dignitaries and at the International Boxing Hall of Fame (IBHOF) Induction Weekend in Canastota, New York.

Because the event was canceled each of the past two years, due to the Covid-19 Pandemic, the 24-year-old Fundora (19-0-1, 13 KOs), from Coachella, California, says he’s having the time of his life mixing with the esteemed panel of inductees from the three separate classes being honored (2020, 2021 And 2022).

The southpaw will also be available to meet with fans tonight at the ShoBox: The New Generation telecast (9 p.m. ET) emanating from the nearby Turning Stone Resort Casino in Verona, New York.

Trained by his father Freddy and with a sister, Gabriela, currently climbing the women’s professional boxing ratings as well, Fundora says he’s in his glory and hopes this is a preview to a dream he has for many years from now.

“I’m having a great time here with all the great warriors from boxing’s history and the thousands of fans who have been a pleasure to meet,” said Fundora. “And in addition to all the great male champions, I’m very honored to be here for the first-time honoring great female boxers as well. I hope one day my sister and I will join this list of greats and be inducted to this highly respected hall of fame.”

Quickly gaining a reputation as boxing’s pound-for-pound “King of Uppercuts,” 6′ 5½ tall Fundora says if the Crawford vs. Spence superfight fails to materialize, incredibly, he’ll drop down to welterweight to face Spence or any other of the division’s champions. He is coming off an impressive nine-round demolition of also-top-rated Erickson Lubin last April. “I can make 147, no problem,” said Fundora. “If Errol Spence is looking for a real fight with a towering chance to be dethroned, I’ll be there ready to go! Any welterweight world champion can get burned by the Towering Inferno. Just ask.”