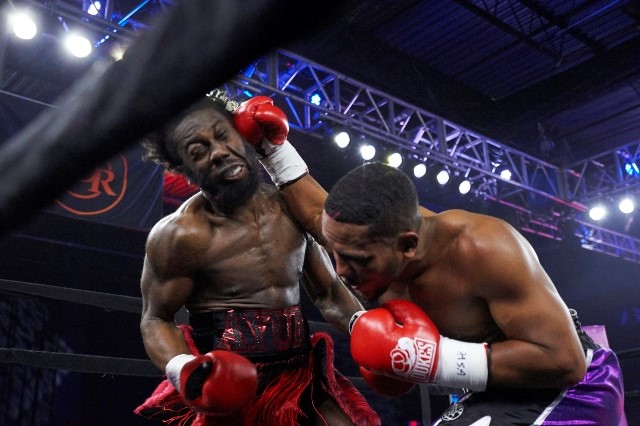 PHILADELPHIA (October 11, 2021)–This past Saturday night, Isaiah Wise scored an explosive first-round stoppaget over Dewayne Williams in a scheduled six-rtound middleweight fight which was the feature bout of a seven bout card at 2300 Arena in Philadelphia.

Wise landed a jab that was followed by an explosive right to the head that put Williams on the canvas. Williams got to his feet, but was deemed unable to continue, and the bout was stopped at 1:07.

Parker dropped Butler with a left hook in round two. Butler, 139 lbs of Brooklyn, NY is 3-1.

Rashan Adams made a successful pro debut with a four-round unanimous decision over Joshua Zimmerman in a junior lightweight bout.

Boimah Karmo and Michael Gibbons battled to a four-round majority draw in a welterweight contest.

Nicholas Sullivan remained undefeated with a four-round unanimous decision over Braulio Avila in a lightweight bout.

At the end of round one, McDaniel dropped Albrov with a hard left hook to the head. Early in round two, McDaniel sent Alborov to the canvas for a 2nd time. McDaniel finished off Alborov with a sweeping left hook that sent him down and out at 1:37.