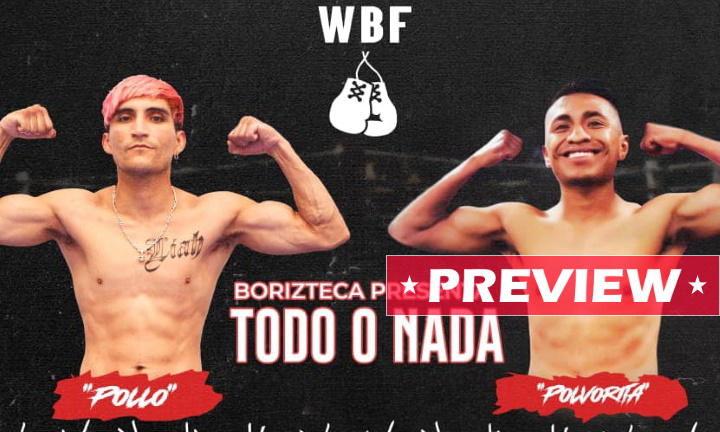 For both men it will be their first non-domestic title fight, and a big opportunity to make a name for themselves and significantly progress their careers.

Toscano (29) won the Baja California Strawweight title in 2017, defeating undefeated Axel Aragon Vega (2-0), but that triumph was followed by more than three years out of the ring.

A pro for almost ten years, Toscano has lacked regular activity but is coming off a career-best win against Jose Angel Perez Diaz (11-2) this past April, so enters the most important assignment of his professional run full of confidence.

This is a very interesting and evenly matched bout, where the winner will move closer to possibly fighting for world honors. The looser could be stuck a level or two below.

Its All or Nothing on June 18 in Ensenada!