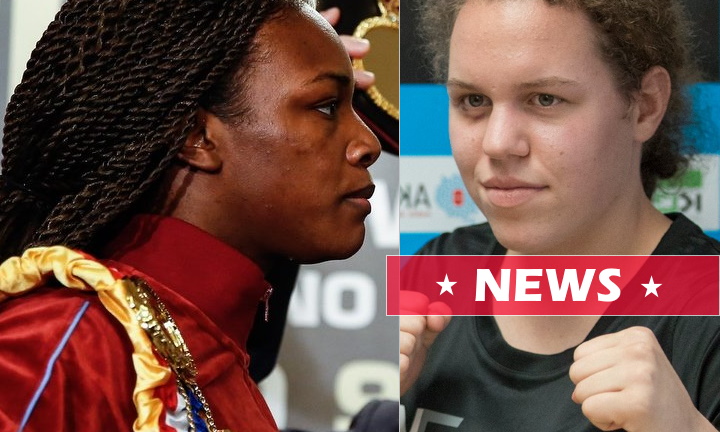 The IBF, WBC and WBA titlist has prepared diligently, and revealed during this weeks virtual press-conference that she has been training at Floyd Mayweather´s gym in Las Vegas, with the man himself watching and giving her advice.

Mayweather, who considers himself “The Best Ever”, will even be traveling to Wales for the fight, in support of the self-proclaimed “Greatest Woman of all Time”.

“My confidence was already high, but training with Floyd Mayweather and getting his advice has made it go through the roof”, Shields explained.

“Ema is 21-0, but she has not fought at my level, and even though I only have eleven pro fights experience is also on my side”, said the two-time Olympic gold medalist who went 77-1 in the unpaid ranks.

Making her fourth World Boxing Federation (WBF) World Middleweight title-defense on February 5, Slovenian Kozin is full of confidence herself, and, while humble, not in awe of her super star opponent, saying:

“I have never been better than I am now, and of course I believe I can defeat Claressa. I have a great team, I have had a great training camp, and I will show many new areas of my skill-set in this fight.”

“Ema, I don’t need your luck and I am going to destroy you on February 5. I am going to make you call me the G.W.O.A.T. inside the ring…”

Kozin vs. Shields, for the WBF, IBF, WBC and WBA World Middleweight titles on February 5 at the Motorpoint Arena in Cardiff, will be the co-feature of a show promoted by Boxxer, along with Chris Eubank Jr. vs. Liam Williams.

Sky Sports will televise in the UK, while various outlets will broadcast world-wide.