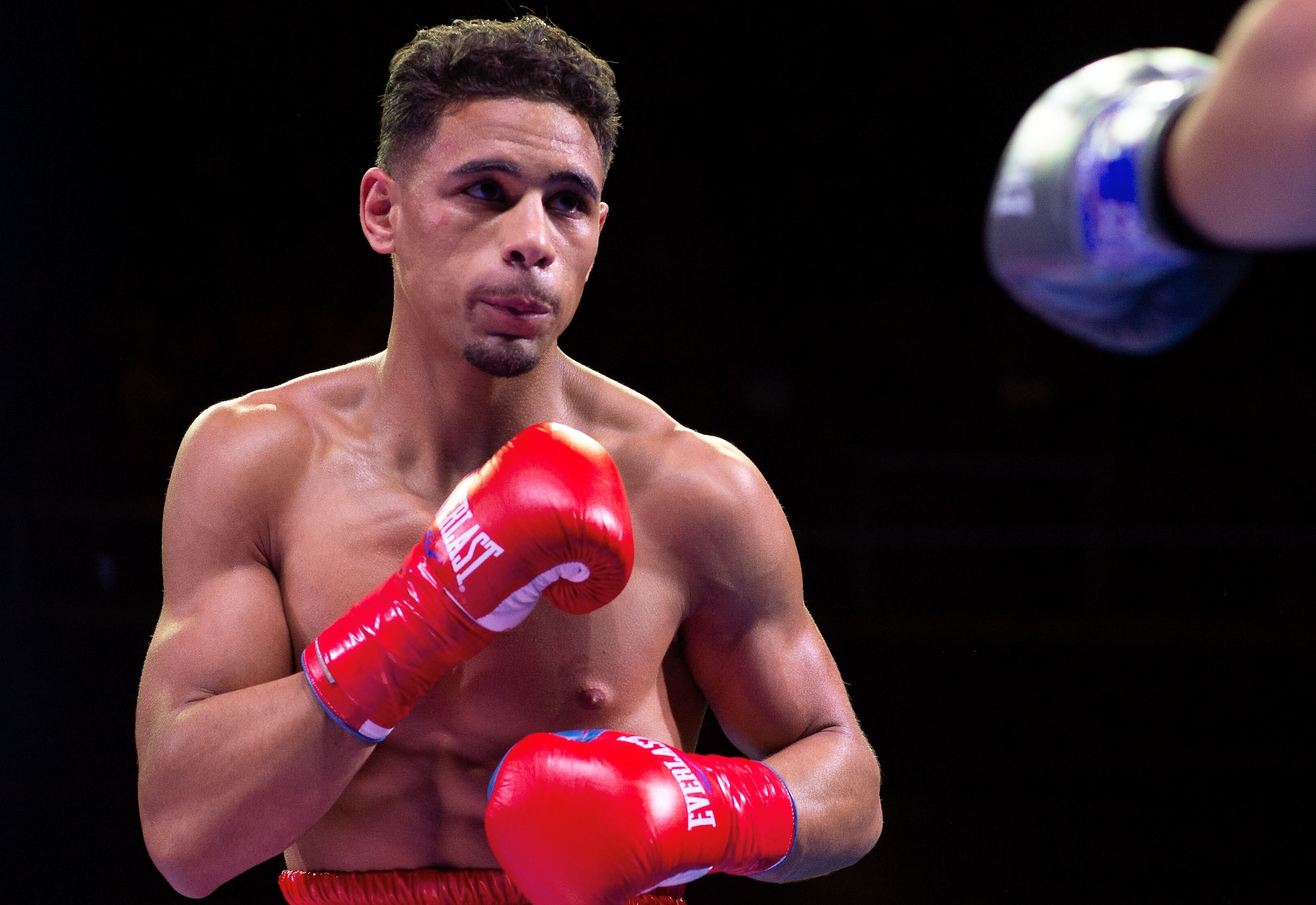 Ranked No. 18 in the WBC entering the weekend, Ortiz is now 16-0-1 after beating Herring and primed for the next big step in his career at time when the lightweight division is as competitive as its been in decades.

In two weeks, reigning WBC world champion Devin Haney faces WBA, IBF, and WBO champion George Kambosos in Australia, which will no doubt further establish the hierarchy at 135 pounds. Once on the peripheral, Ortiz is now part of the conversation and a legitimate contender following Saturday’s eye-opening win on the undercard of the Janibek Alimkhanuly-Danny Dignum bout promoted by Top Rank Boxing in association with CES.

Ortiz, 26, did exactly what he intended to do Saturday night. He threw 167 more punches than the 36-year-old Herring, landed 71 more, including 54 to the body, and did his best work in the later rounds as Herring ran out of steam. Rounds 9 and 10 were Ortiz at his peak as he more than doubled Herring’s output over the final six minutes.

A world champion at 130 pounds, Herring fought at lightweight Saturday for the first time in five years, none of which mattered against the younger, sharper Ortiz, who began the fight in a southpaw stance and switched throughout the night.

After a slow start, “The Technician” began to get his feet wet in Round 2 when he stunned Herring with a straight right hand that stunned the ex-champ in the closing seconds. Herring immediately answered with an impressive third round, but began to slow considerably in the second half of the fight, allowing Ortiz to take control.

• May 13, 2016: Stopped Josh Parker at the 3:00 mark of the opening round in his professional debut
• December 7, 2017: Capped a perfect 4-0 year with a unanimous decision win over 13-win veteran Derrick Murray
• May 11, 2018: Stopped Philadelphia’s Tyrone Luckey in the third round of a scheduled six-round bout to improve to 9-0
• February 23, 2019: In biggest win of his career, defeated previously unbeaten Ricardo Quiroz of California to capture the vacant WBC World Youth Lightweight Title
• August 9, 2019: Succeeded in first defense of his WBC title, beating French challenger Romain Couture by unanimous decision
• February 28, 2020: Headlined first fight in his hometown of Worcester with a first-round knockout win over 22-win veteran Luis Castillo
• November 28, 2020: Became the first fighter to stop challenger Sulaiman Segawa, finishing his opponent in the seventh round of a scheduled eight-round bout on the undercard of the Mike Tyson-Roy Jones pay-per-view event in California
• April 24, 2021: In his first appearance on ESPN, fought to a draw against fellow unbeaten lightweight Joseph Adorno, surviving two knockdowns to keep his unbeaten record intact
• February, 18, 2022: Headlined telecast of Showtime’s ShoBox: The New Generation in February and dominated challenger Nahir Albright to capture the NABF title
• May 21, 2022: On undercard of ESPN’s Janibek Alimkhanuly-Danny Dignum bout, defeated ex-Olympian and former world champion Jamel Herring by unanimous decision to add USBA title to his collection