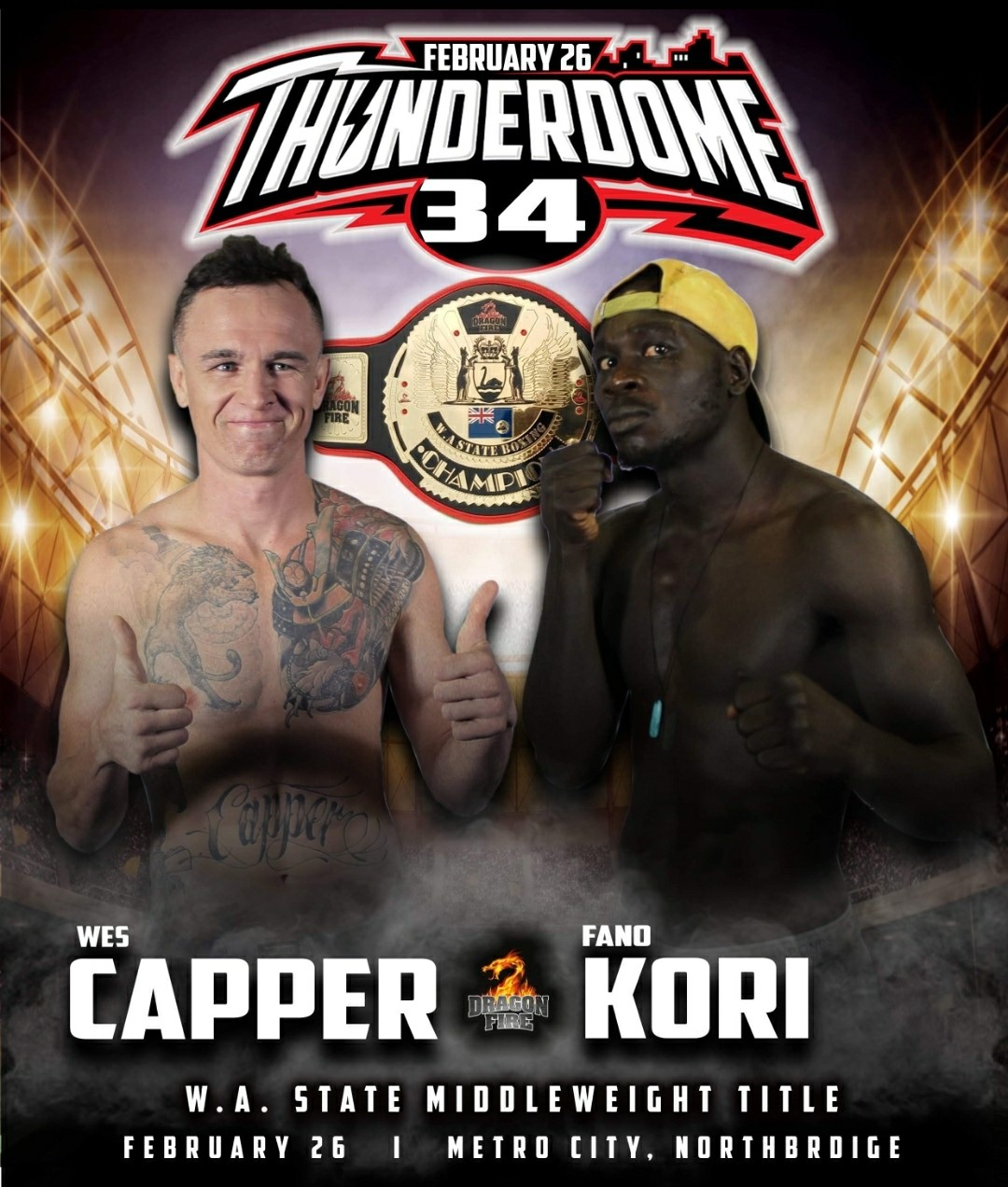 (January 18, 2021) – February 26th will mark the date of the return of an Australian institution, The THUNDERDOME boxing series based out of Metro City in Perth, Western Australia.

The co feature will mark the return of former World rated West Australian boxer Wes Capper 21-4 taking on Fano Kori 7-4 coming in hot off the heels with a Jnr Middle title victory over previously undefeated Jesse White. The bout is set for the WA State title

“It’s going to be a good fight maybe I can say like a chess match!

The training is going well the way I want it.

I havent got much to say, I do my talking in the ring, but good luck Capper and I’ll see you in the ring, tune in its gonna be a good fight you don’t want to miss it.”

Capper discusses his thoughts on the match.

“It’s a great fight. Fano and I have known each other for a long time and Perth locals are excited about this match up. One good thing about all these lock downs is that it’s forcing people to find match ups out of their own backyards instead of looking abroad for lacklustre opponents.

Training is going well, we have a game plan that we are working on to implement come fight night. Always in good hands down at Lacey’s gym.

All the best Fano, look forward to throwing some leather around with you, It’s always more enjoyable fighting at home. Can’t wait to shake a tail feather, throw a couple of left, right, good nights and off to billy Lee’s to celebrate.”