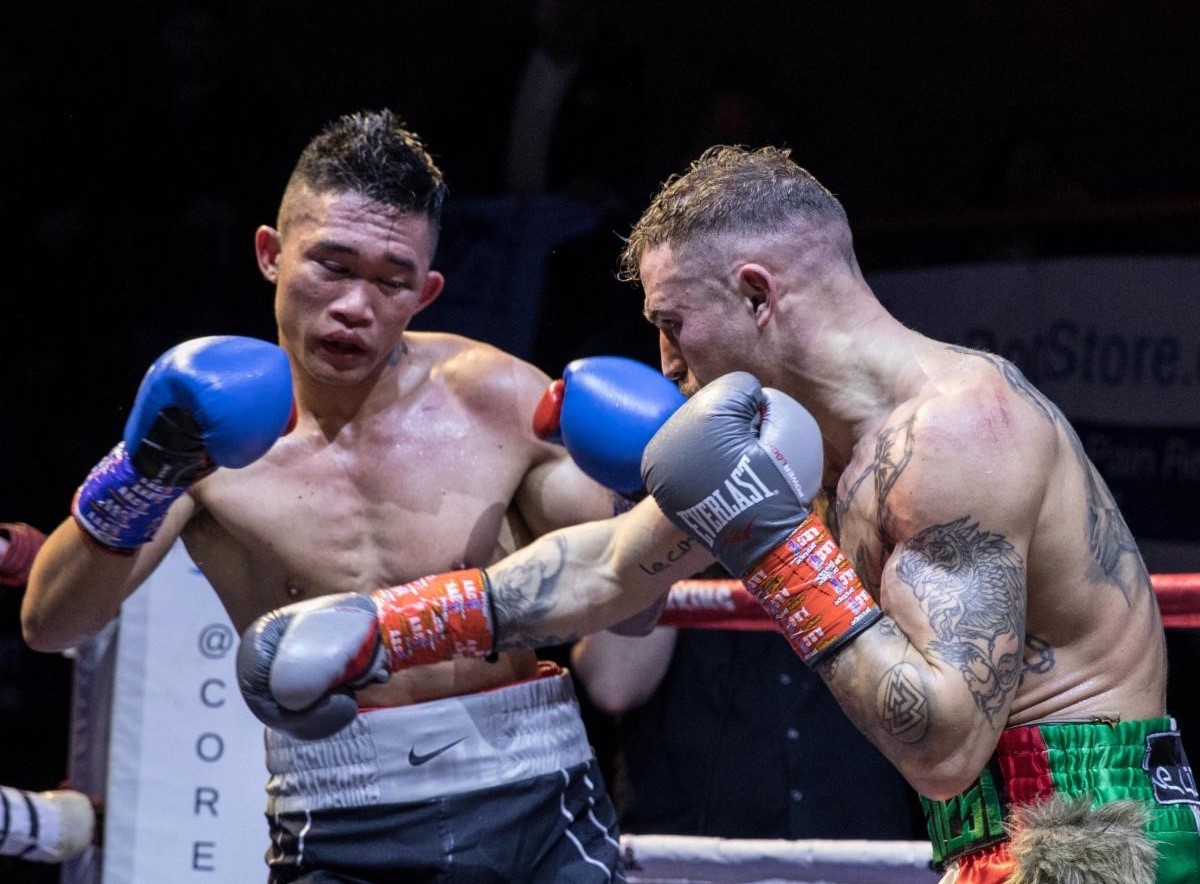 From the get-go of the scheduled 10-round main event, Magnesi and Lagos traded like heavyweights in super featherweight’s bodies. Overly eager in the first round of his US debut, Lagos took advantage planting Magnesi on the canvas. Feeling the momentum, Lagos would go for broke, but Magnesi would subdue the attack and came roaring back to close out the round. Magnesi came off the stool in the second like a freight train, and both fighters exchanged massive blows inside of phone booth, neither conceding ground. Midway through the third round, Magnesi landed a combination with a right hand to the body and then the head, followed by a straight left hand that launched Lagos back into the ropes and onto the canvas. With blood in the water, just twenty seconds later, Magnesi continued the pressure causing referee Al LoBianco to stop the action at the 1:56 mark of the third round. Magnesi is co-promoted by Joe DeGuardia’s Star Boxing and DiBella Entertainment.

On the undercard, Long Island fan favorite and rising super lightweight prospect, ALEX “EL TORO” VARGAS (now 12-0 4KO’s) returned to the Paramount for the second time in as many months and went to battle with tough Argentinian, SEBASTIAN CHAVES (now 5-3 2KO’s). The 6-round super lightweight contest turned into a rough and tumble brawl quickly, as Chaves unsuccessfully tried to negate Vargas’ athleticism by smothering him. Vargas was cut over the eye due to a headbutt from the southpaw Chaves, but maintained composure and was was able to display his superior boxing skills, earning the unanimous decision (60-54, 59-55 2x)

2016 Irish Olympian “MIGHTY” JOE WARD (now 5-1 2KO’s) brought the beatdown on Brazilian LEANDRO “BUSCAPE” SILVA (now 3-5 2KO’s) from pillar to post over their 6-round light heavyweight bout. To Silva’s credit he remained in the fight and showed an iron chin, as Ward had his way for almost the entirety of the bout, letting his hands go at will. Ward would win the shutout unanimous decision. (60-54 3x)

“Another fan friendly Rockin’ Fights in the books,” said Star Boxing CEO JOE DEGUARDIA. “From the opening fight of the night to the main event, fight fans truly got to experience what Rockin’ Fights is all about. Michael Magnesi put on a hell of a show, and announced himself to the boxing world as a force to be reckoned with at 130 lbs. We look forward to being back at the Paramount in the new year, continuing the tradition of all action fights on Long Island!”