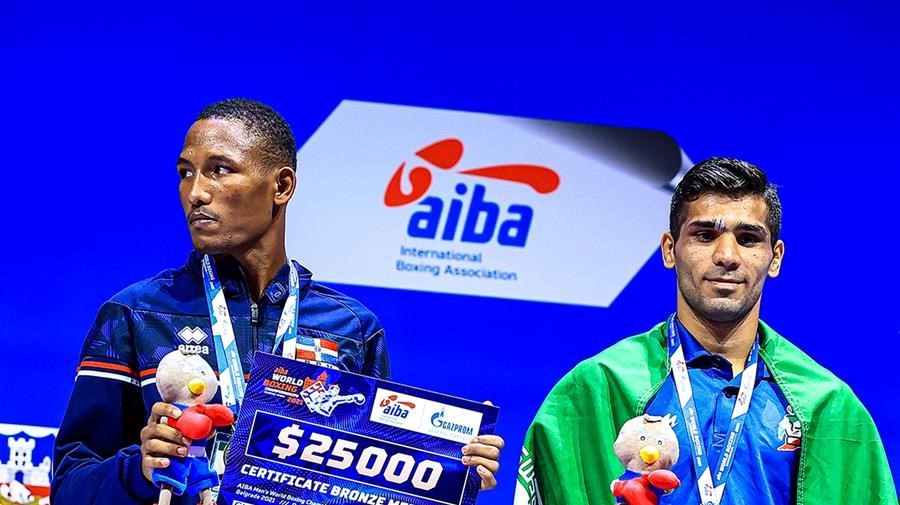 (November 11, 2021) – AIBA showcased its commitment to equal opportunity by providing support to 18 National Boxing Federations, as well as the first-ever Fair Chance Team, during the Men’s World Boxing Championships in Belgrade.

The 2021 AIBA Men’s World Boxing Championship, which finished on 6 November in Belgrade, Serbia, featured 88 AIBA National Federations. The winners of each of the 13 weight classes benefitted from unprecedented prize money, with gold medallists earning $100 000 each, in addition to solid gold medals and champions’ belts.

In the build-up to and during the event, AIBA supported the National Boxing Federations from the following countries: Cameroon, Colombia, Dominican Republic, Ecuador, Georgia, Guatemala, Guyana, Haiti, Nepal, Nicaragua, Palestine, Puerto Rico, Tanzania, the Bahamas, Trinidad and Tobago, Seychelles, Sierra Leone, and Venezuela. The support included helping cover travel and accommodation costs for the members of the teams. The same assistance was also given to the Fair Chance Team, which aims to support boxers who may not be in their native countries or may not be able to represent those countries due to humanitarian reasons.

Four medals were picked up by the countries that received AIBA support. Sakhi Alakhverdovi and Lasha Guruli from Georgia, Alexy De La Cruz Baez from the Dominican Republic and Paul Nigel from Trinidad and Tobago all won bronze medals.

“I dedicate this medal to AIBA President Mr. Umar Kremlev who has always supported the Dominican Republic Boxing Federation, which allows us to do our job,” said bronze medallist Alexy De La Cruz Baez. “Thanks to him and his help, we managed to win this medal. Without his assistance, it would not have been possible. I dedicate this bronze medal to you, Mr. President.”