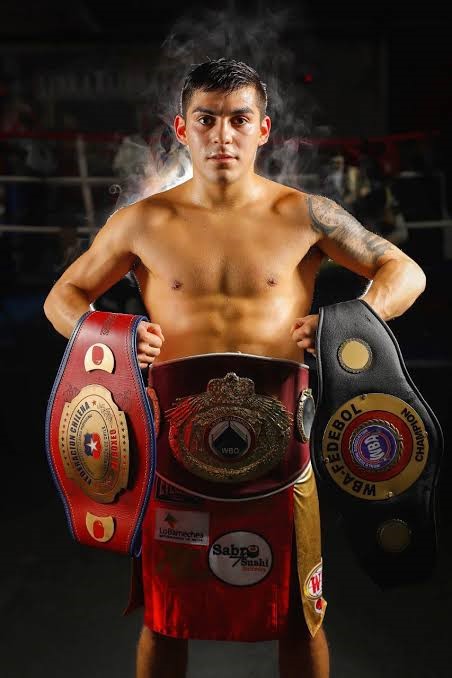 The Chilean Crocodile Andres Campos is on the rise in the flyweight division, with the highly touted South American currently sitting at number 5 in the latest WBO world ratings.

Campos, who is guided by Australian boxing kahuna Tony Tolj’s Dragon Fire Boxing has remained busy despite the worldwide COVID restrictions, having acted as a sparring partner to both Moloney brothers in Las Vegas prior to their respective contests in 2020 and 2021. The Chilean also picked up a win in his native Chile whilst awaiting a ring return.

The South American standout discussed his time in camp Moloney. He said, “I’ve spent lots of time with the Moloney brothers, in Australia and in the United States. I am so grateful to Tony Tolj and the twins for allowing me into their training camps. They are at the elite level and at a level I want to be at, so to learn from these great fighters is so important for my development as a professional.

“Andrew and Jason are different fighters, there is good variation in both of their skill sets. I found that out in the camps they have had for the likes of Inoue and Franco. There are no sad stories in these type of training camps. It is all about hard work. So when you spar with them you have to be at your best or you will get found out. I believe Andrew will be a world champion again and I believe Jason will become a world champion.”

With the experience of internationally based world title camps, Campos now sets his sights on fighting all over the globe, with the eventual goal being world champion Junto Nakatani. The 24 year old discussed his chances at landing a world title shot in 2022.

He said, “I believe it is realistic to be targeting world champions. I am sitting high in the world rankings so I want to fight the best in the world. If that is the fight with Junto Nakatani then that would be a dream come true. Nakatani is an amazing fighter and it would be an honor to share the ring with such a great champion.

“I am getting used to traveling all over the world for boxing, so I would be happy to do this for a fight against the likes of Nakatani. Right now I want to fight somebody that can get me closer to becoming a world champion, that is my goal and I believe I can reach it before 2023. I have a great team that has the ability to make it happen in South America, the United States, Japan or elsewhere. I have gloves and I will travel.”