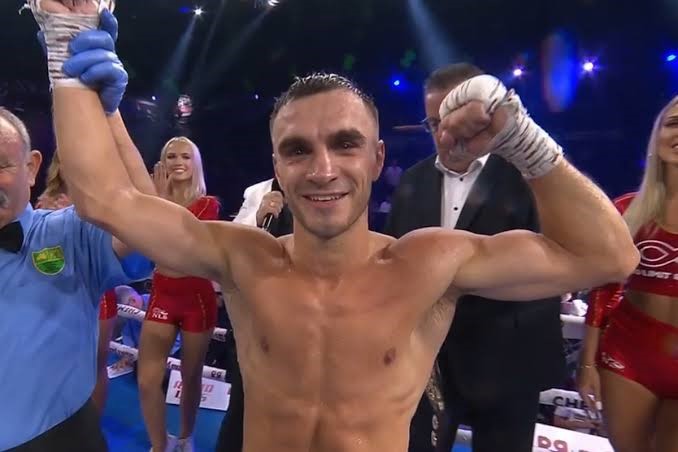 (January 18, 2022) – Australian standout Andrew Moloney still has his eyes firmly set on Kazuto Ioka, as he looks to become a two-time champion of the world.

Moloney was one of the stars during COVID-19, having been one of the featured fighters on ESPN and Top Rank, alongside his brother, world-rated bantamweight Jason Moloney.

Moloney discussed his global exposure during the pandemic and what it means moving forward.

He said, “I was so grateful my manager Tony Tolj and Top Rank gave me the opportunities during the most difficult period the world has seen in 80 years, to ply my trade on one of the biggest networks in the world, ESPN.

“I’ve had great exposure in the past when I won the Commonwealth Games, so I know the importance of being known within boxing globally, and it was nice for that to happen again on ESPN and with the best promotional company on the planet, Top Rank.

“If you want the big fights you have to be well known all over the world. Within boxing circles, the importance of being known is more much important especially in the lower weight classes because they don’t always get the exposure they deserve.”

The Australian ‘Monster’ has been vocal, however respectful, about his hopes of fighting modern-day great Kazuto Ioka, and the former WBA champion elaborated more on the commercial value of this fight.

Moloney stated, “This fight is one of the biggest at 115lbs. Ioka is a legend, and he needs real challengers to make people continue to tune in. There aren’t many fighters who are that well known in the lower-weight classes, but I believe that I am.

“I’m 100% that Ioka and I make an unbelievable fight, but also it makes commercial sense. I’ve received so much exposure in the last couple of years on multinational television and online, that it makes sense to put two of the most talked-about fighters in the lower weight classes together in a country that appreciates boxing in those weights, Japan.

“I think a fight between us does massive numbers in Japan and Australia, and I’m excited at the prospect of fighting in Japan against the amazing supporters they have over there.”