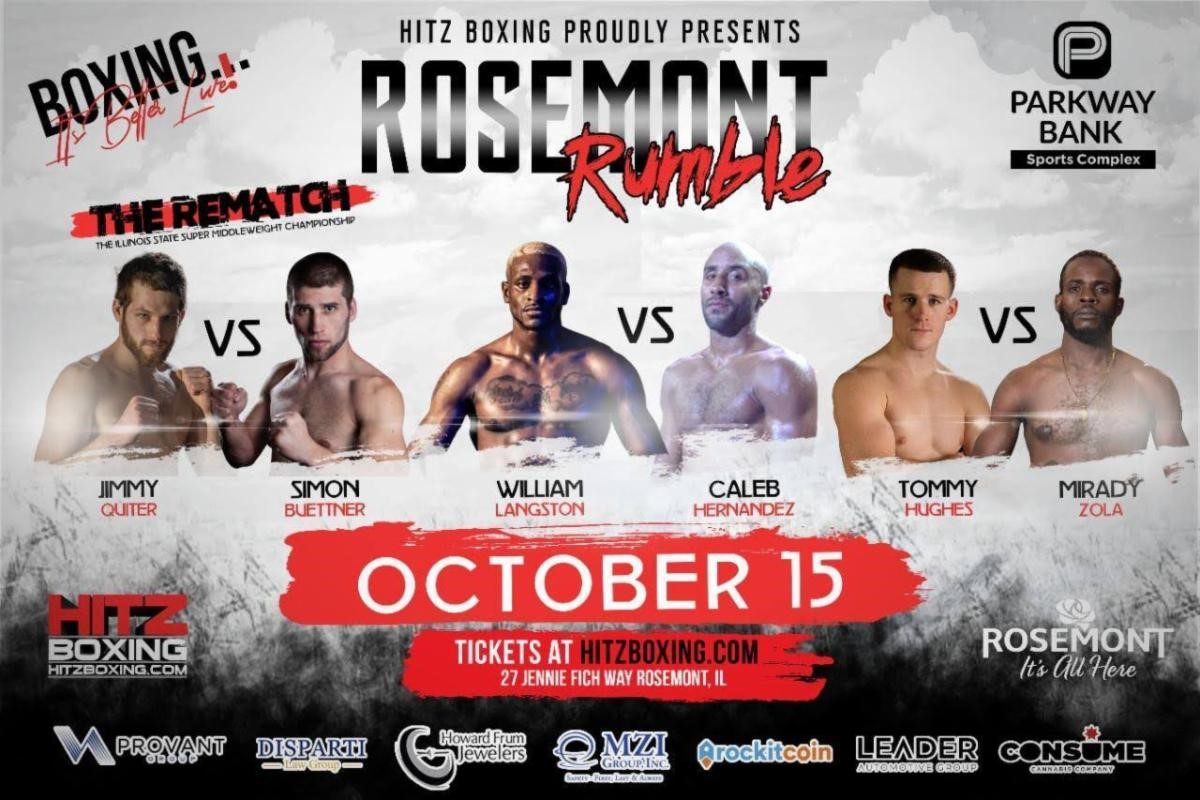 Chicago, IL (October 12, 2022)–Angel Hernandez, who was one of the most successful and popular Chicago based fighters will be inducted in the Hitz Boxing Ring of Honor this Saturday night as part of a big night of action as part of The popular Rosemont Rumble series continues on Saturday night, October 15th at The Parkway Sports Bank Sports Complex in Rosemont, Illinois.

The massive card is promoted by Hitz Boxing.

Hernandez came up just short in challenging “Winky” Wright for the junior middleweight championship of the world.

“Angel was such a great fighter and he deserves this honor. Ironically it was his loss to Wilfredo Rivera that put him on the map. That fight proved that he belonged at a top level as Rivera had just lost to Oscar De La Hoya. He beat so many really good fighters, and we look forward to celebrating his career on Saturday,” said promoter Bobby Hitz,

In an eight-round rematch, Jimmy Quiter takes on Simon Edward Buettner in a super middleweight fight.

In a third co-feature bout, the wildly popular Thomas Hughes (10-2, 5 KOs) of Chicago returns to the Windy City in over three years, when he takes on Mirady Zola (3-1, 1 KO) of Canal Winchester, Ohio in a six-round super middleweight fight.

Brandi Robinson of Chicago will make her pro debut against Neveah Martinez (0-1) of Victorville, California in a super bantamweight fiight.