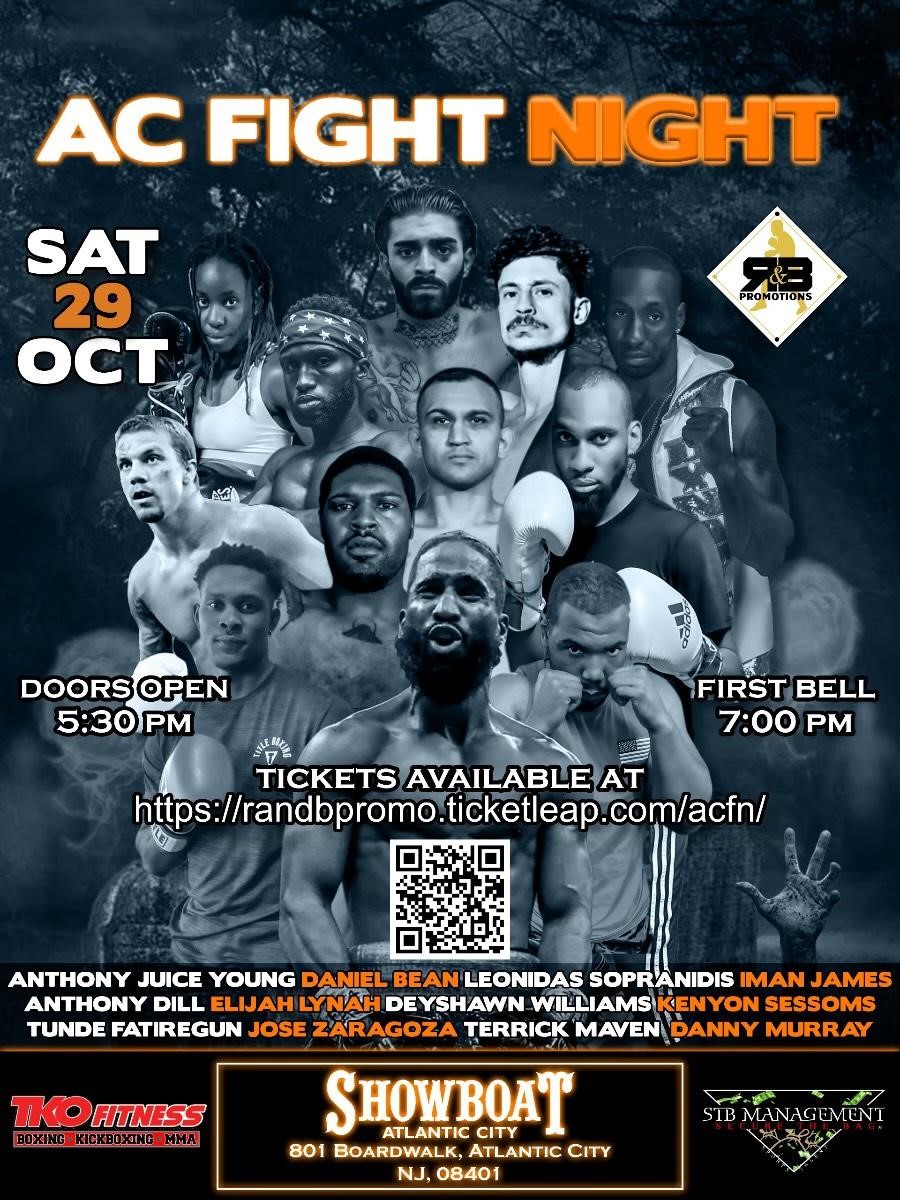 Young of Atlantic City has a record of 23-2 with eight knockouts. The 34-year-old has been a staple on the boardwalk as he fought 14 times in his hometown. Young has Jose Javier Calderon (4-1), a third-round stoppage over former world champion Sadam Ali (27-2) and his last bout when he won a decision over Luis Midyeal Sanchez (9-1) on December 4, 2021 at The Showboat in Atlantic City.

Zaragoza of Seadala, Missouri is 9-5-1 with three knockouts. The 34 year-old Zaragoza is a three-year professional and has win over Steven Pulluiam (2-0), Fidel Cervantas (9-0-1), Dan Abram (6-1) and his last bout when he stopped Ricardo Valdovinos (8-2) in the opening round on August 27th in San Diego.

Kenyon Sessions of New Jersey will make his pro debut against Brett Yuschock (0-1) of Mount Carmel, PA in a flyweight contest.

Deyshawn Williams of Queens, NY will make his pro debut against Kevin Schmidt (0-1) of Cumberland, Indiana in a junior welterweight contest.

Elijah Lynah (2-1) of Brooklyn, NY will take on Tunde Fatiregun (1-2) of Elizabeth, New Jersey in a cruiserweight tussle

and can be purchased at

The fight card will be streamed live on BXNGTV.com