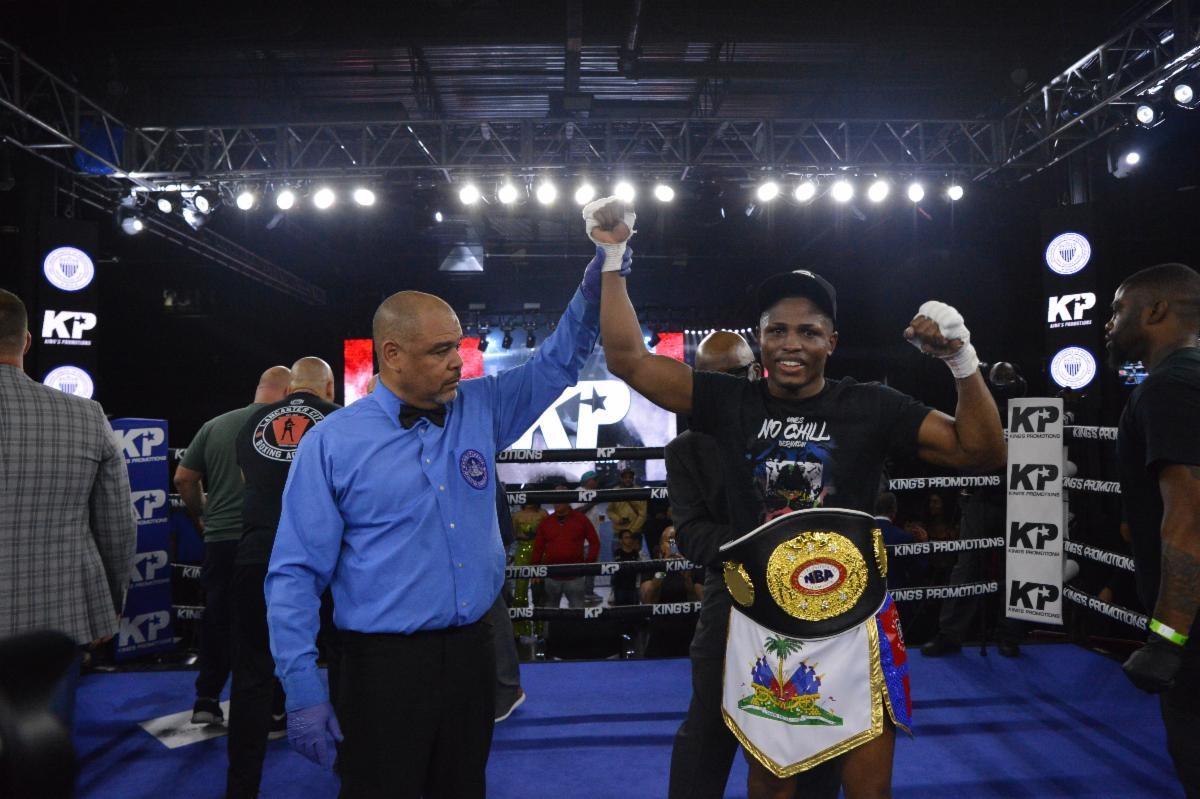 PHILADELPHIA (May 23, 2020)–James Bernadin took an eight-round unanimous Decision over Kenny Robles to capture the NBA Americas Junior Welterweight title in the featured bout at The 2300 Arena.

The exciting four-bout card was promoted by King’s Promotions.

In the co-feature, Victor Padilla stopped Jesus Perez in round three of their scheduled eight-round lightweight contest.

It looked like it would be a real short evening as he dropped Perez in round one with a short hook. Padilla did end things in round three, when he flicked out a short left hand that put Perez down and the fight was stopped.

Padilla of Philadelphia is 10-0 with nine knockouts. Perez of Culiacan, Mexico is 13-14-1.

Thanjhae Teasley remined undefeated with a four-round majority decision over Jetter Burgos in a welterweight clash.

It was a very competitive match up until Teasley was able to come on strong in the final minute of the fight to pull out the victory by scores of 39-37 twice and 38-38.

James Martin pounded out a four-round unanimous decision over Lukasz Barabasz in a junior middleweight fight.