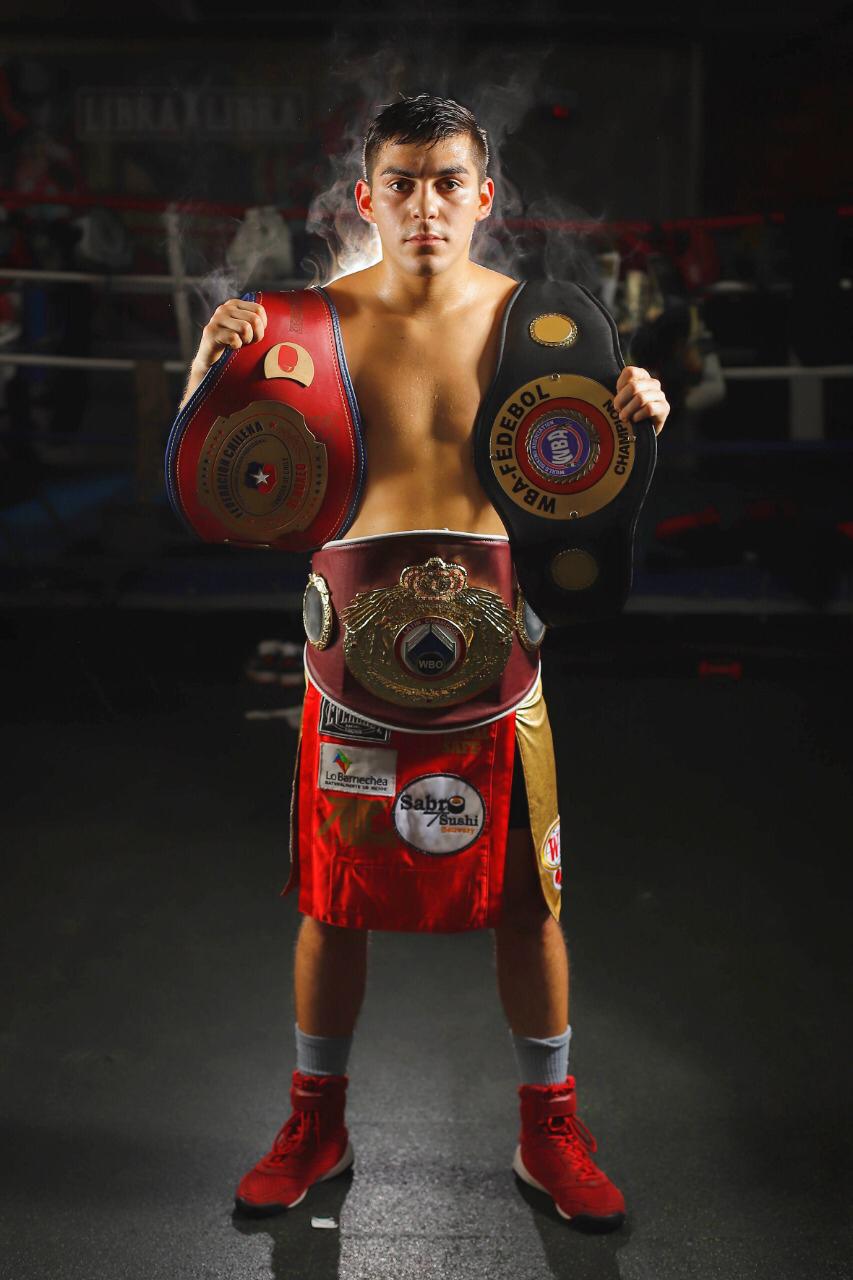 (March 8, 2022) – Chilean standout Andres Campos tested the bantamweight waters as he looks to continue his rise towards a world title.

Campos featured on away soil in Buenos Aires, Argentina, winning by way of knockout in round number 4 against Columbian opposition, who had previously operated in the super bantamweight division.

Campos discussed his latest outing and hopes for 2022, “I am very grateful to get another win under my belt, and be able to box in Argentina for the first time as a professional. I want to thank my team, Tony Tolj, Nico Martinez of Dragon Fire Boxing Latino, and everybody involved in getting me a fight in Argentina.

“I enjoyed the fight, I boxed a little higher than I normally do, and it was nice to see first hand that I can operate at higher weights. I am a flyweight and I hope to fight for the flyweight world title this year, but I know I have the skills and power to go as high as bantamweight or even super bantamweight in the future.

“I was happy to be back in the ring, boxing is home to me, and I was very happy to get another good win. Now I want to push on to titles and I believe that I can become world champion before the end of 2022.”

Campos is guided by Australian boxing icon Tony Tolj, and weighed in on his Chilean charges’ hopes for 2022.

Tolj stated, “I was impressed again with Andres. He’s a class act and he has not just a massive future, but a massive present. I genuinely believe he’s going to go on to become a multi weight world champion. He’s showing all the signs that he is able to do that.

“Andres has impressed in camp with both Moloney brothers, and he is going to be the next Latino breakout flyweight star. I believe a fight with someone like Julio Cesar Martinez is a realistic goal for Andres over the next 12 months.”