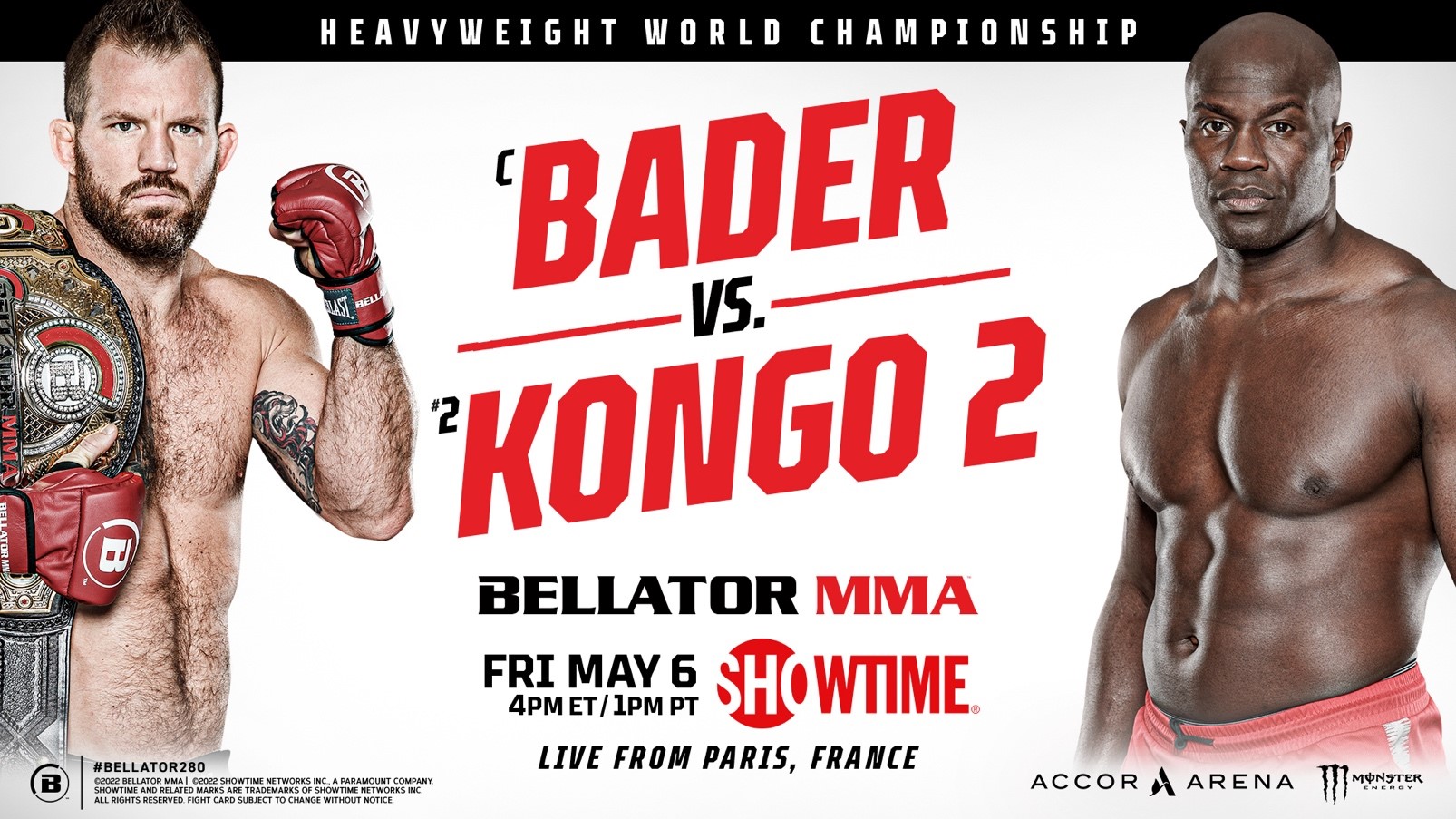 PARIS ( May 2, 2022) – A massive night of championship-level MMA guaranteed to bring fireworks is set for this Friday, May 6 from the Accor Arena in Paris and airs live at a special time of 4 p.m. ET/1 p.m. PT on SHOWTIME.

Anchoring the card will be a heated rematch between BELLATOR Heavyweight World Champion Ryan Bader (29-7, 1 NC) against French combat sports legend and No. 2-ranked heavyweight Cheick Kongo (31-11-2, 1 NC). Both Bader and Kongo will be looking for closure when they run it back inside the BELLATOR cage, following a controversial no-contest stemming from a disputed eye-poke during their first meeting in 2019.

In an equally action-packed co-feature event, Yoel Romero (13-6) who was originally slated to take on Melvin Manhoef at 205-pounds, has agreed to meet No. 7 ranked-Alex Polizzi (10-1) on less than a week’s notice. Polizzi has won three consecutive contests en route to his opportunity in Paris against one of the sport’s most popular athletes.

The preliminary bouts will stream live three and a half hours earlier at 12:30 p.m. ET/9:30 a.m. PT on the BELLATOR MMA YouTube channel, SHOWTIME Sports YouTube channel and Pluto TV.