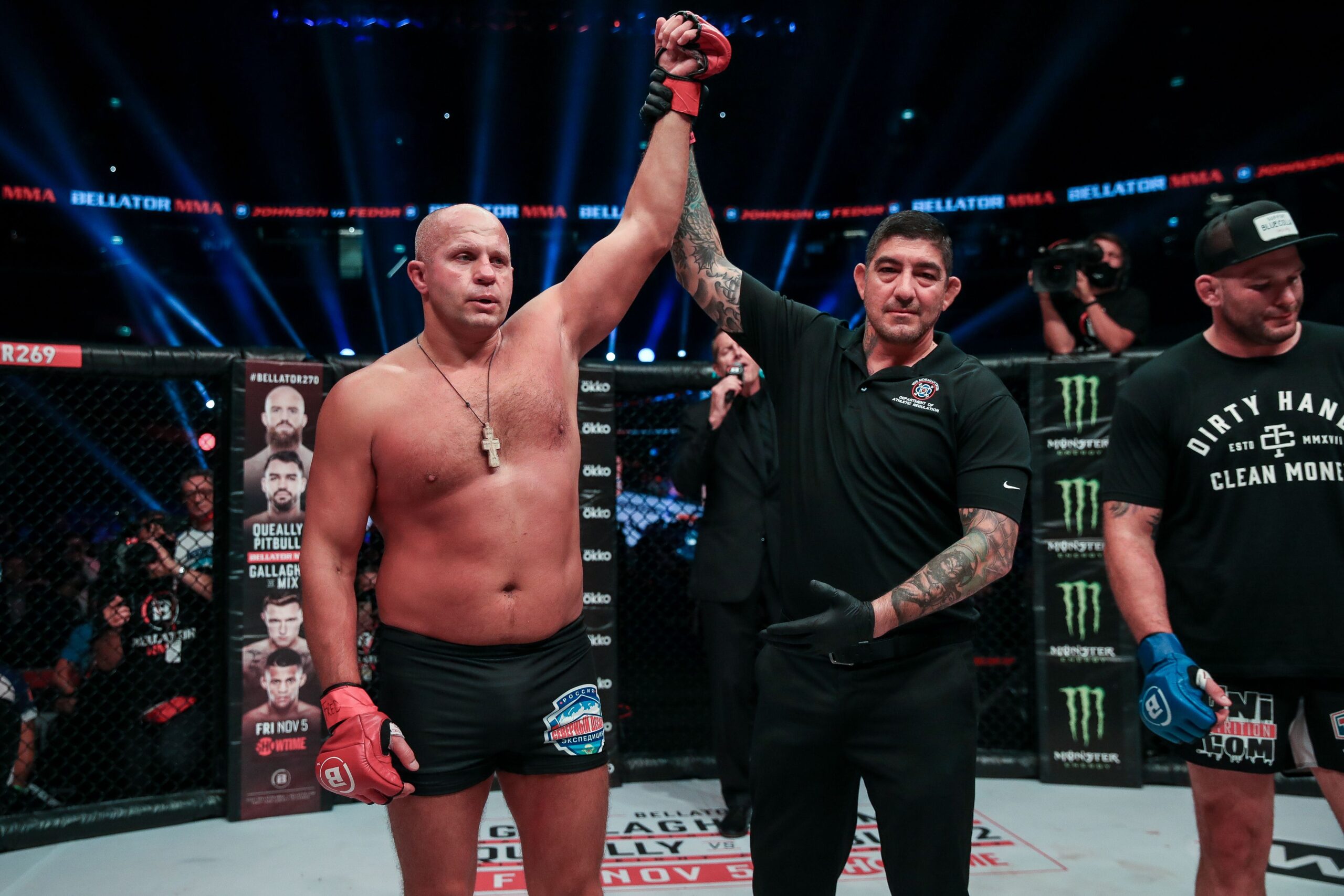 “I feel very great. I feel good. Two years passed. I’m happy that everything worked out the way we were thinking.

“I’m very happy for the fact that we made the audience happy and we delivered such great joy to our fans. To those who follow our career and Bellator events.

“Its much easier for me to perform in America. I don’t have such huge attention, or maybe I do get the attention, but all the events are strictly planned. Here at home all our camp and our preparation for the fight took place under the supervision of media, journalists and so forth and so on.

“Thank god I’m still in sports and I’m not losing my speed.

“Its difficult to answer the ‘what if’ questions. I would like to say that at this moment I’m not planning on finishing my career. I will talk to Scott Coker and my family.”

“I couldn’t hit the guy while he was fixing his finger when it was broken. I told the ref that his finger was messed up when he was telling us to keep fighting. I want to fighting him like a true martial artist, not like that.

“I haven’t thought about who’s next, I’m just excited about this one right now. He was a lot heavier than I was, but it wasn’t a fight that I took on short notice. I just wanted a step up in opponents. I believe that if you fight bums your whole life, then you will be a bum. I hope I laid a path for everyone at home that you can achieve anything you set your mind to no matter where you’re from.

“Minakov didn’t finish me in one minute like he usually does with his opponents so I’m pretty happy, but it was definitely a bit of a bittersweet win for me.”

“I’m feeling good. I want to thank God for this victory. It was amazing fighting here in Russia. I am so happy right now.

“I certainly planned on taking this fight to the ground. I was trying to catch him so that I could take it to the ground, where I knew I had an advantage.

“I want to take on a top fighter next. A Top-10 or Top-15 fighter, it doesn’t really matter to me, but I want a top fighter. I will need about a week of rest and then I will be back and ready to go.

“I have not yet talked to Scott Coker about anything in relation to title shots. I don’t know who will win the world title fight between Patricky Pitbull and Peter Queally, but I’m going to take that belt and bring it back home with me.”

“I felt a little bit rusty in this fight because of the two-year absence. It felt like my reach was a bit off. It was not an easy fight. I was glad that it went three rounds because it allowed me to breath and it allowed me to take control of the situation.”