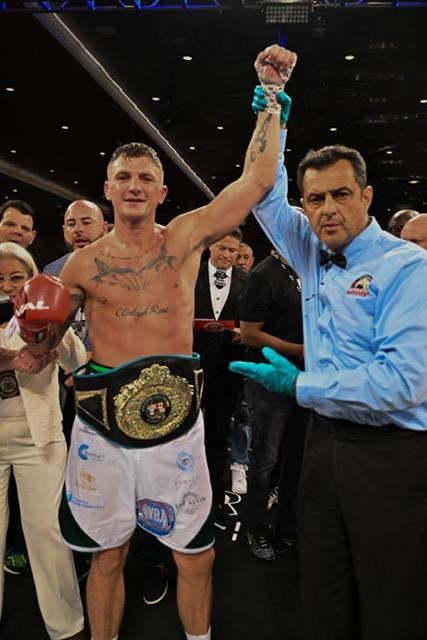 Orlando, FL (November 7, 2022) – NABA middleweight champion Connor “The Kid” Coyle will defend his title against knockout artist Anibal Cleto Francisco in a battle of unbeatens Sunday, December 11 at the Caribe Royale in Orlando.

The card takes place during the WBA’s annual Centennial Convention, which is held at the Caribe Royale from December 11-14.

A native of Derry, Northern Ireland who trains out of Pinellas Park, FL Coyle’s 17-0 with 7 knockouts. Coyle became the NABA champion this past May when he earned a hard-fought decision against Antonio Todd. He was slated to face Felix Cash October 8 in England but the entire card was cancelled after main event participant Conor Benn failed a drug test.

Hailing from Monte Plata, Dominican Republic, Francisco’s 10-0 with 9 of his victories coming by KO. On July 2, the 22-year-old stopped Yeison Gonzalez in the fifth round to capture the WBA Fedelatin title.

“After the disappointment surrounding the cancellation of Connor’s fight in England, we wanted to find a good opportunity,” said Coyle’s promoter Jody Caliguire of Fire Fist Boxing Promotions. “The WBA Centennial Convention is a great event and Connor loves fighting at the Carribe Royale because he’s got a big fan base in Central Florida. He’s already back in the US preparing with Jim McLaughlin for this fight and is planning to put on a great show December 11.”