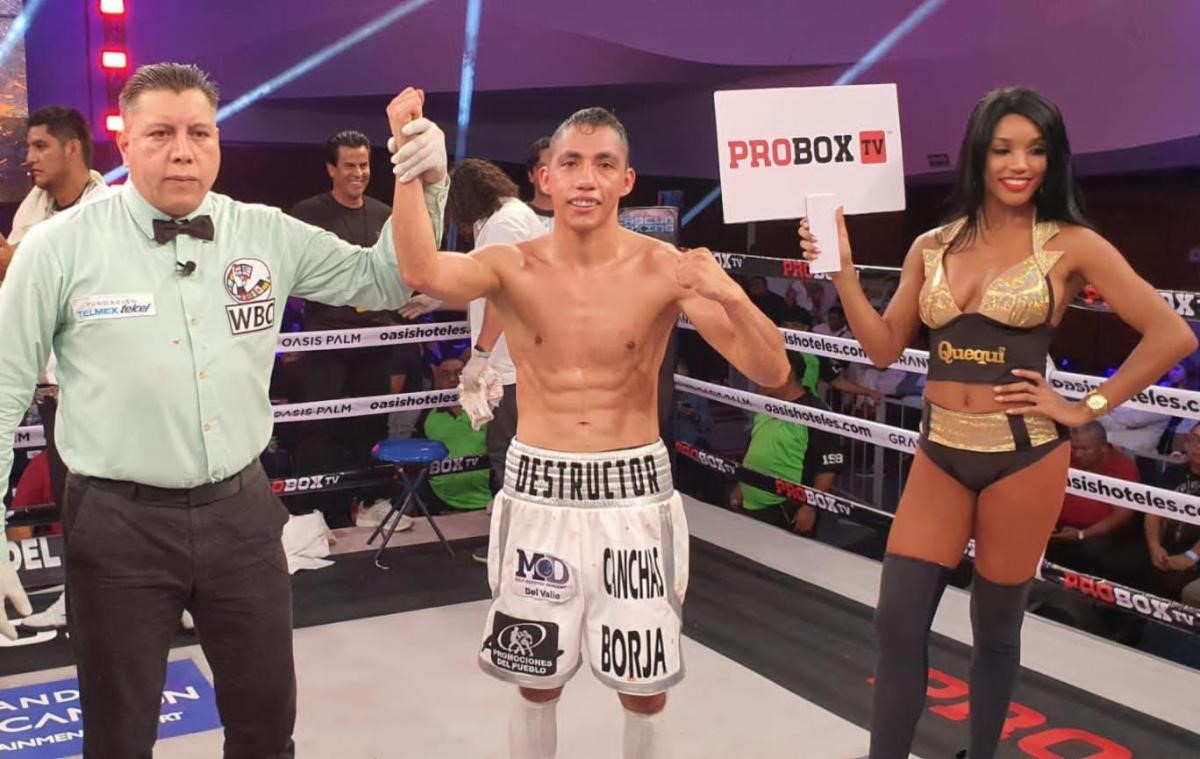 CANCUN, September 26, 2022  —  Cristopher “Pollo” López from Jalisco won by unanimous decision 96-94, 99-91 and 97-93 against Alejandro “Conejo” González from the capital, on a 10-round super bantamweight fight that marked the beginning of PROBOX TV activities in the Mexican territory, on card held at the Cancun Convention Center, Quintana Roo, in association with Cancun Boxing.

The fight was a hard exchange of blows by both warriors, each throwing the best of his arsenal in search of victory, putting the fans on their feet from the beginning of the fight, nothing was held back with each fighter trying to finish his opponent as soon as possible.

The first rounds were balanced, with good moments and combinations, giving the impression that López took a slight control of the fight, but González was not far behind and connected his opponent solidly and complicated things for the judges.

As the rounds passed, González was gaining in effectiveness and confidence, closing the fight strongly and feeling that there was some possibility of coming out with the victory, despite that, the judges saw López win with cards that reflect three very different points of view, 96-94, 99-91 and 97-93.

Tony Curtis, Jr. lost a decision in his pro debut.

The PROBOX TV team was Antonio Tarver, Juan Manuel Márquez, Miguel Cotto, Paul Malignaggi and Roy Jones junior, who transmitted their experience through microphones to fans from all over the world.

In what was the co-featured fight of the night, Bryan “El Destructor” Mercado from Mexico City prevailed by knockout at 2 minutes of the fourth round over Víctor Manuel “Pintor” Albino, on a fight that was agreed to 8 rounds at super bantamweight division.

Alvino “La Cobra” Herrera got the victory by unanimous decision (75-77, 76-75, 76-75) against Edgar “Cruzito” De La Cruz González, in a bout held in the featherweight division over 8 rounds.

Celex “CCO” Castro maintains his undefeated streak by defeating the regal Oscar “Terrible” Mata by technical knockout in the first round, in an 8-round featherweight fight.

By way of points, Mayeli Rosquero from the capital came out with victory over former world champion Guadalupe “Lupita” Martínez, a super bantamweight fight, on a fight that only went 6 rounds.

Puerto Rico’s Jaycob Gómez and Mexico’s Emmanuel “Bola” Reyes fought in a close fight, however, the judges saw a draw with cards of 57-57, in a 6 rounds super featherweight battle.

A ProBox TV monthly subscription is $1.99.