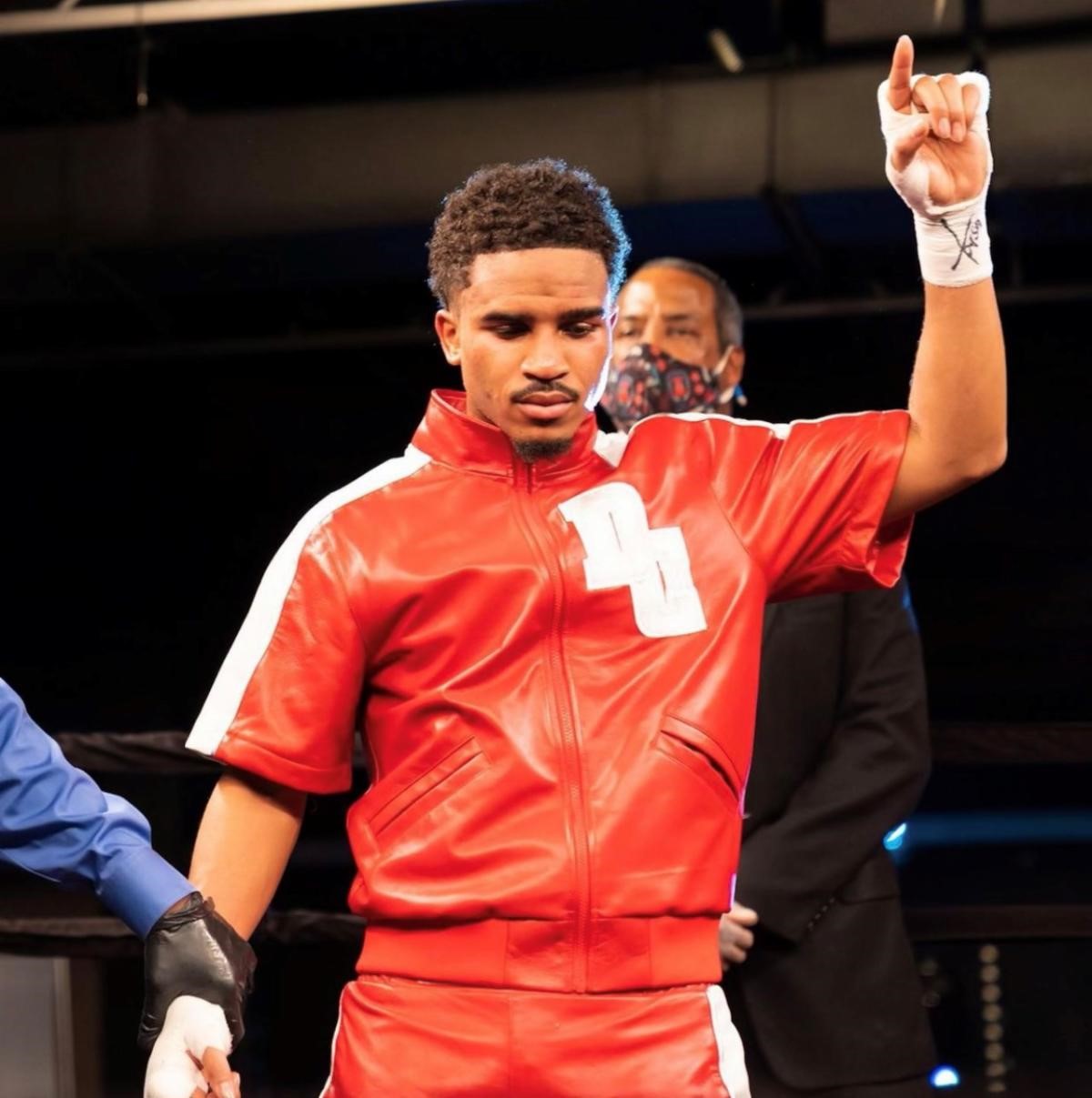 LAS VEGAS, NV (November 9, 2021) – Mission accomplished as Darren “The Gift” Cunningham (14-1, 7 KOS), won his comeback bout against Rob Diezel (14-9, 4 KOs), after suffering his first defeat as a professional back in August of this year. The 8-round co-main event bout took place at the Patapsco Arena in Baltimore, Maryland, this past Saturday, November 6th, promoted by the Shabazz Brotherz.

In round one, Cunningham stunned Diezel with a powerful left hook, setting the tone for a dominant performance for the rest of the fight. Diezel was sent to the canvas at the later part of round two when Cunningham landed another devastating left hook to the head. Diezel was in survival mode for the rest of the fight and made it to the final bell. Scorecards read 80-71 across the board.

“After my first professional loss I had to refocus and go back to what made me a great fighter which is my boxing ability,” said Darren Cunningham eager after his win. “I knew if I stuck to using my boxing skills, I would catch him with a punch he didn’t see coming. After I landed that left hook, I knew he would be taking the punishment for the rest of the fight. Boxing is a what have you done for me lately sport, and I knew that by taking a loss people would doubt me. I stuck to the basics and outboxed my opponent, and proved any doubters wrong, now it is time to get back to business.”

Darren Cunningham last fought for Joseph Ambo for the NABF junior super bantamweight title losing after a fight that had everyone on their feet. What many might not know is Cunningham is now being trained by Rafael Ramos.

“I got a new trainer in Rafael Ramos, and it greatly helped me for this camp,” explained Cunningham. “I feel as though the synergy between us works very well. My main goal moving forward is to stick to the game plan that Ramos and my team put in place, and that’s to use my feet and box my way to victory. I am looking to make statements via demonstrations from this point forward.”

Ramos, who is from the Floyd Mayweather Sr. lineage of coaches seems to have been a perfect fit for Cunningham as he starts his road to redemption.

“I am already back in the gym, and I want the best available opponent as soon as possible,” stated Cunningham.