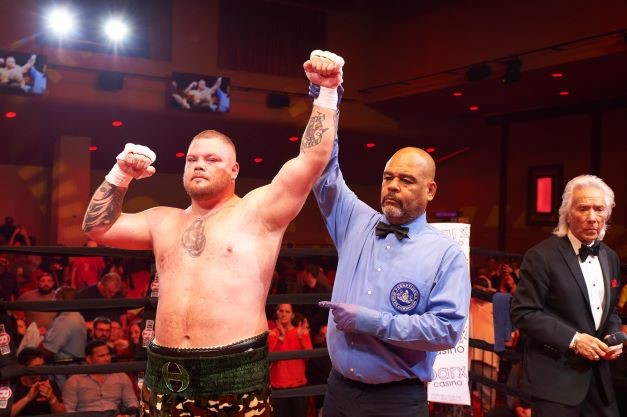 The card was promoted by Joe Hand Promotions.

Towards the end of round two, Fuentes landed a hard flurry of punches that forced a referee stoppage at 2:58.

Fuentes of Coconut Creek, Florida is 8-1 with five knockouts. Ford of Saint Louis, Missouri is 4-1.

In round three, Butt of Philadelphia scored a knockdown and that proved to be the difference on one scorecard as he won by scores of 58-55 twice and 57-56 to raise his record to 12-2. Rodriguez of Front Royal Virginia is 10-17-1.

Alborov scored a knockdown in the first minute of the fight and then finished him off with a barrage of punches.

Nde dominated the action and finished Smith at the end of round. The time was 3:00 for Nde of Harrisburg, PA who is 3-1. Smith of Philadelphia is 1-4-1.

Jahqwon Humbert made a successful pro debut with a four-round unanimous decision over Aaron Newmones in a welterweight battle.