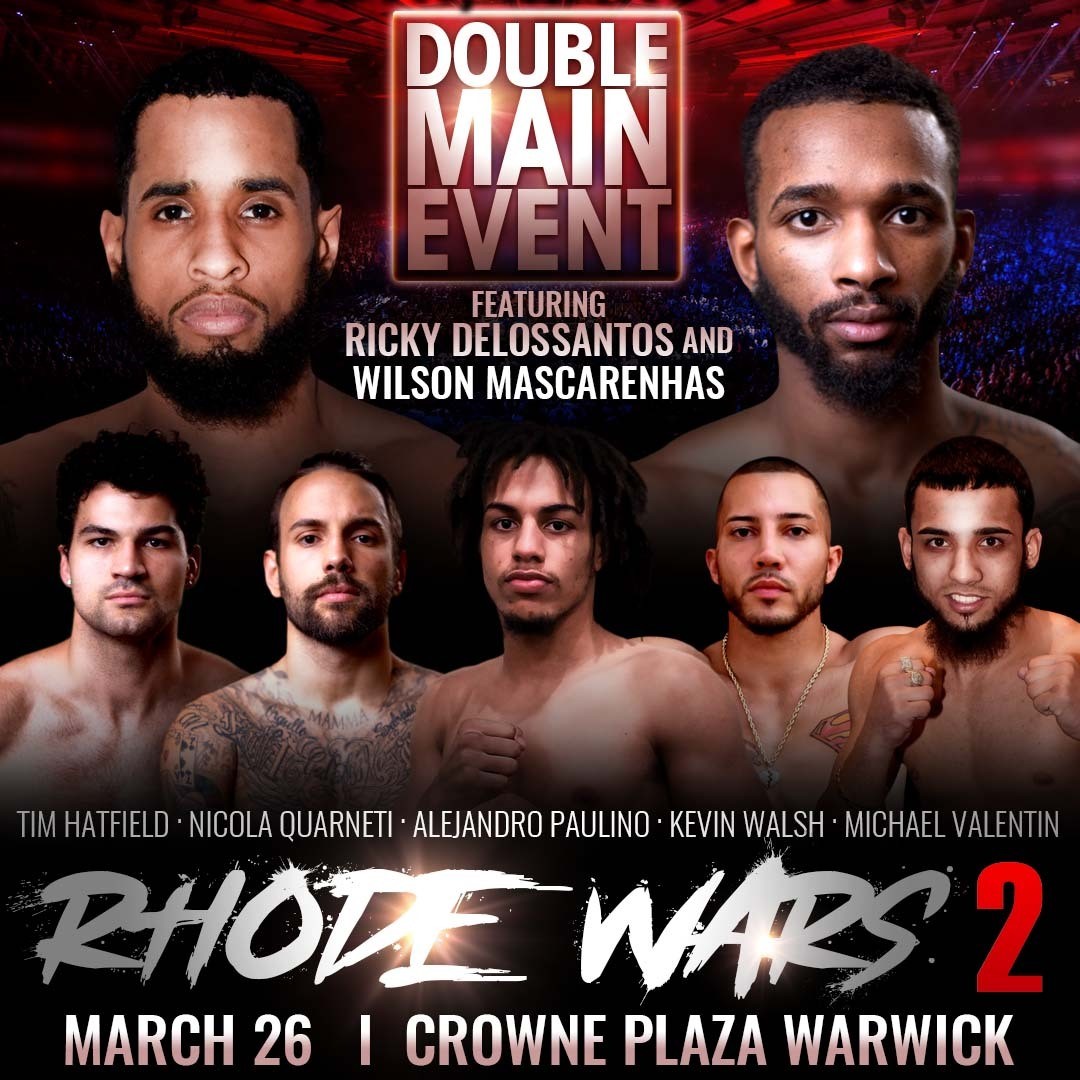 Delossantos’ return ends an eight-month layoff and is his first fight in his home state since August of 2019 when he defeated Yeuri Andujar at Ballys Twin River Lincoln. Vargas, the challenger, has scored knockouts in each of his last three wins, including a second-round knockout win over Jose Palacio on March 5 in Santa Marta, Columbia. Mascarenhas makes his second appearance of the year at the Crowne Plaza just five weeks after a sensational knockout win over southpaw Akeem Jackson at Rhode Wars in February.

Making his Rhode Island debut, lightweight Alejandro Paulino (8-0, 8 KOs) – a national amateur standout – of New London, CT, faces his toughest test to date in a six-round bout against 17-fight veteran Andrew Rodgers (6-9-2, 2 KOs) of Elkhart, IN. Within nine months of making his professional debut, Paulino has accumulated eight wins, all by knockout, and has yet to be pushed past the third round. The 29-year-old Rodgers is a worthy adversary, boasting back-to-back victories against previously-unbeaten Philadelphia lightweight Greg Outlaw and 10-1-1 Thomas Velasquez in Atlantic City.