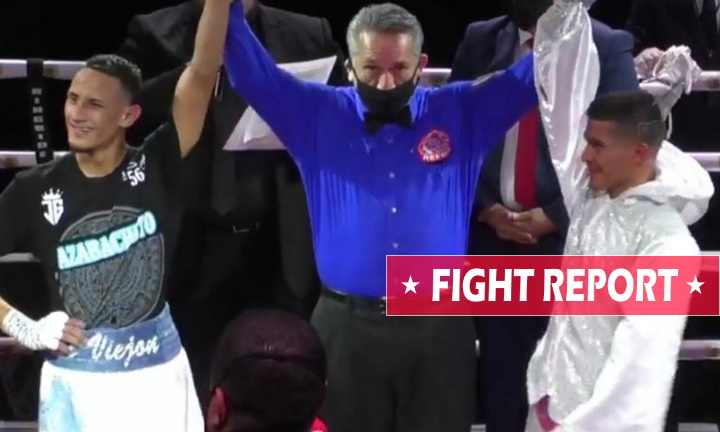 The pair had fought to a draw in June of 2019, and regrouped with two and three victories respectively to set up an anticipated second go-around.

And once again it was a high-paced, competitive and close fight, with both men reluctant to take a backward step, which resulted in quite a few clinches. Both had their moments, and in several rounds it appeared hard to separate them.

Billed as “Clash of the Undefeated”, the fight was the main event of a show promoted by Lider Promotion, headed by Ignacio Marmolejo Alvarez.

The score unsettled between these two young warriors, a third fight is almost bound to happen sooner or later!