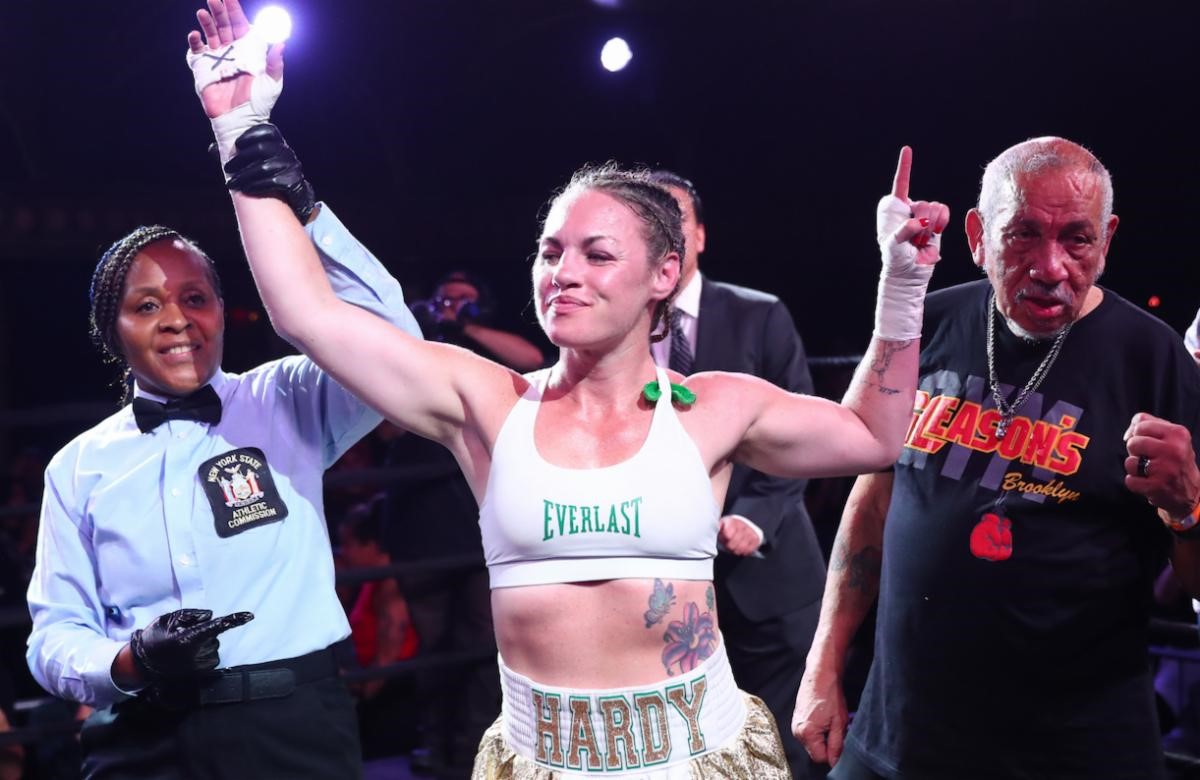 New York, October 15, 2022. — Heather “The Heat” Hardy defeated Calista Silgado in the main event of a five-bout card stacked with local boxers on her much anticipated return to the boxing ring on Thursday, October 13, at Sony Hall, in the heart of Times Square, mid-town Manhattan.

Heather Hardy: “Silgado is a veteran who has fought everybody. I expected this kind of fight, and I prepared for it. I had a lot of rust to shake off.

“I’m going to take the weekend to unpack the emotions surrounding the fight. It was lot to digest, being my first one with a new team, my first one since turning 40 and my first one with no kid at home. I have decisions to make moving forward but they can wait until Monday.”

Heather Hardy (22-2, 4 KO’s), Brooklyn born and raised and former World Boxing Organization Featherweight Champion, will bring “The Heat” back after 17 months of inactivity as she mounts another run at a world championship. Hardy is currently ranked #12 in the lightweight division by the Women’s International Boxing Association. Heather is a graduate of John Jay College in Brooklyn, began boxing in the gym at age twenty-four and made her professional debut in 2014 at the tender age of twenty-eight. In 2013 she won the vacant UBF International super bantamweight title and in 2014 won the WBC International super bantamweight title, which she successfully defended five times. On October 27, 2018, Heather became world champion, winning the WBO featherweight title with a unanimous decision win over Shelly Vincent at Madison Square Garden. Heather lost the title the following September to Amanda Serrano in a clash of women boxing stars.

Calista Silgado (20-15, 15 KOs) from Santiago de Tolu, Colombia made her professional debut in 2012 and is an eight-time world title challenger. She also fought in a bare-knuckle fight in October 2021.