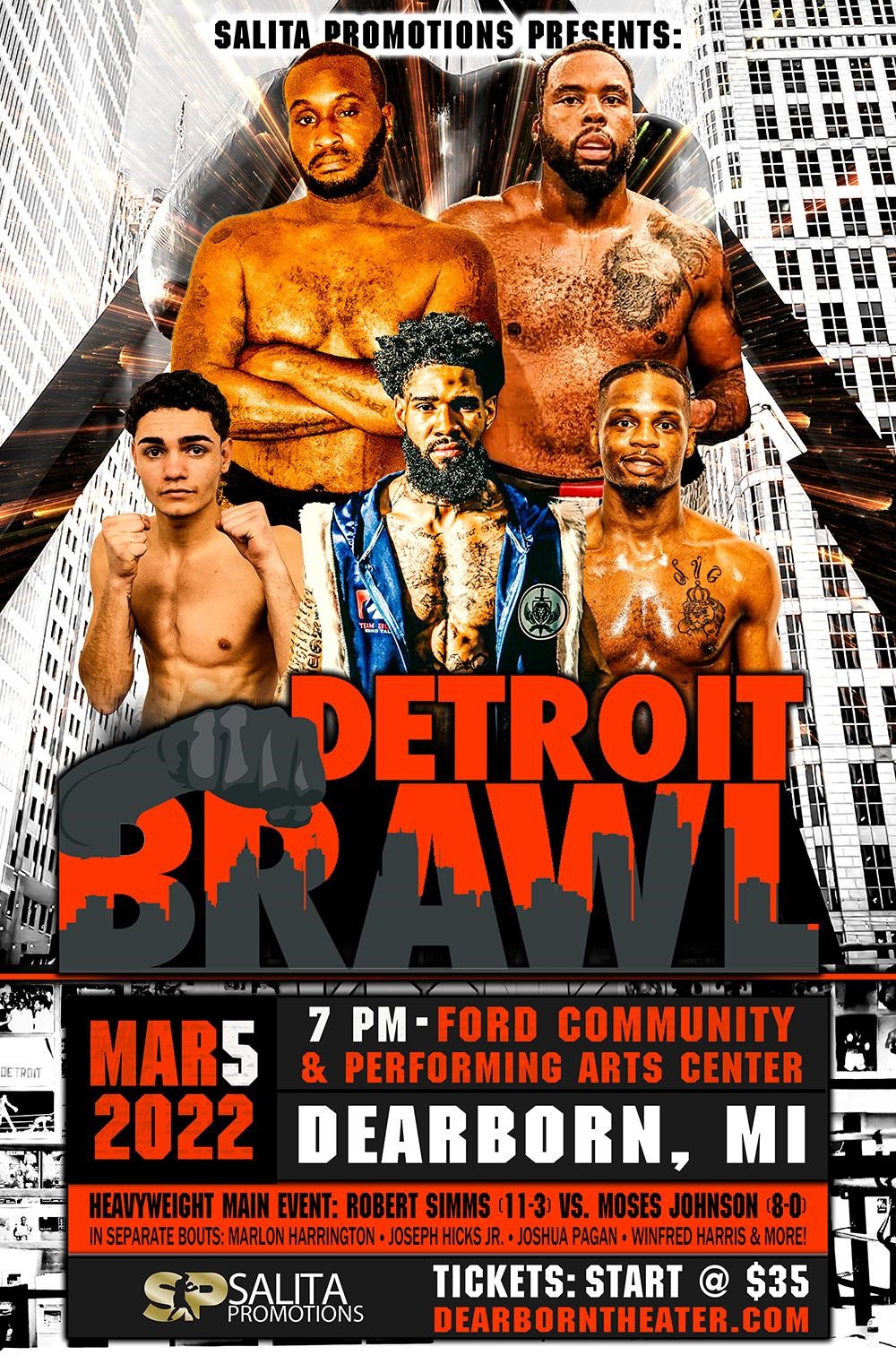 A proven spoiler, in six years as a professional, Simms has faced a number of quality opponents, often as the B side of the bout sheet, taking upset victories over then 15-1 Joe Cusumano (W 6), then 8-0-2 Colby Madison (W 8), and in his last ring appearance, a unanimous decision over then 8-1 Aaron Quintana last March. Still improving, Simms has lost only one fight of his last seven.

Born and raised in Huntington, New York, 29-year-old Johnson has gone undefeated, thus far, in his four-year career, stopping all but one opponent. As an amateur, Johnson was a 2015 Golden Gloves Champion in the super heavyweight open class. Johnson has worked as a sparring partner for top heavyweight Daniel Dubois. Simms represents, by far, his toughest opponent to date.

All undercard opponents will be announced shortly.

“The last Detroit Brawl was a tremendous success and we’re coming back to the same terrific venue for another night of world-class Michigan boxing,” said event promoter, Dmitriy Salita. “We’ve got many of the best prospects in the state that will be in tough match-ups, starting with our heavyweight main event, that I can’t pick a winner of. Both guys have a lot to prove, so it should be a sensational night of boxing from beginning to end.”

PLEASE NOTE: Tickets ordered online will be mailed up to one week prior to event date. Tickets ordered within a week of event will be placed in will call in the box office for pickup. A limited quantity of VIP tickets are also available by calling Lina at 313.529.7604. The Ford Community & Performing Arts Center is located at 15801 Michigan Ave. in Dearborn. On fight night, doors open at 6:30 pm and the action starts at 7:00 pm. This event will also be streamed on the Salita Promotions’ YouTube Channel.