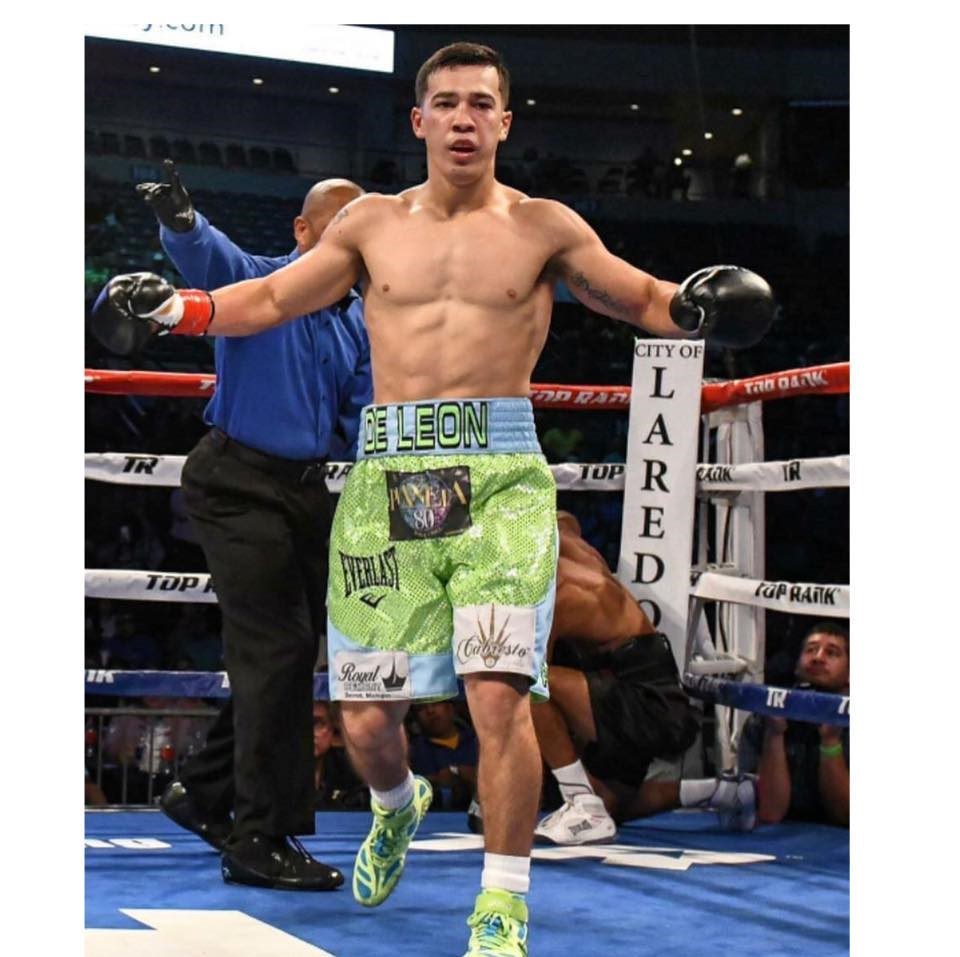 I feel strong. I’m still young and healthy. I have a lot left in me and a lot of skills to show everyone.

Training continues in preparation for undefeated long-time lightweight prospect and hometown favorite Erick DeLeon’s triumphant return, as the Mexico-born, Detroit-raised fighter once known as “The Next Oscar De La Hoya” is in the gym working hard to get ready for his main event appearance at Salita Promotions’ next DETROIT BRAWL event on Saturday, April 2, 2022, in the Lincoln Ballroom of the Ford Community & Performing Arts Center in Dearborn, MI,.

The crowd-pleasing power puncher DeLeon (19-0-1, 11 KOs) will now face Argentinean southpaw Mario Ezequiel Sayal Lozano (18-5-1, 9 KOs) in his eight-round return from nearly three years’ absence from the sport due to injuries and first fight at home since his pro debut.

A very popular figure in Motown boxing, as an amateur, DeLeon was a three-time national Golden Gloves champion in three different weight classes and a leading contender to make the 2012 USA Olympic Team before a shoulder injury derailed his dream. Born in Mexico and raised in Detroit, DeLeon began boxing at age eight in the city’s world-famous Kronk Gym where he developed a strong bond with legendary trainer, the late Emanuel Steward.

“Training is going really well,’ said the energized southpaw DeLeon. The rounds in sparring are getting more and more and we’re upping the intensity, getting stronger. As it gets closer, I get more and more excited. We all are. I’m getting all this love from my people. I really missed it. They all missed me fighting too.”

DeLeon says he’s finally past all the career obstacles that kept him from reaching his promise as an elite fighter in one of boxing’s most talented divisions.

“Everything happens for a reason,” he says of his formerly stalled career. “I would be so much further ahead if not for the injuries. But now that I’m healthy and signed with Salita, I really feel that the sky is the limit. We are going to do very big things together. In the amateurs, I was fighting the best of the best and running through everybody. I know I can do it again in the pros once I get my rhythm going. I’m going to prove I belong among the best.”

Having seen so many styles during his decorated amateur career, DeLeon says he doesn’t watch much tape on his opponents and isn’t concerned about what opponent Lozano brings to the table.

“I don’t really watch opponent tape. Maybe a round sometimes, but that’s it. I let my team watch and then when I get in the ring, I make my adjustments right away. I figure out what I have to do. I can’t wait to put on a great show for my fans. I leave it all in the ring every time I fight.”

According to DeLeon, the reception from fans to news of his fistic homecoming has been a major inspiration boost for his training.

“It‘s exciting to be back in my hometown and it gives me extra motivation to train harder that people are excited to watch me fight,” he said. “The way the people of Detroit are reacting to my return is an amazing feeling. My people are here and my hometown fans are great. This is just the beginning of something really big in the near future. Today I went for dinner and people shout me out or say hi to me because know me from boxing and they’re excited to see me back. People in this city buy tickets and support me because I’m doing it all for them. The only time I fought here was my pro debut. It’s going to be a great event. People here have my back and I love them and they love me. I appreciate everybody’s support. All my people I fight for my family and my people. I want everybody who comes out to be entertained and enjoy my fight.”