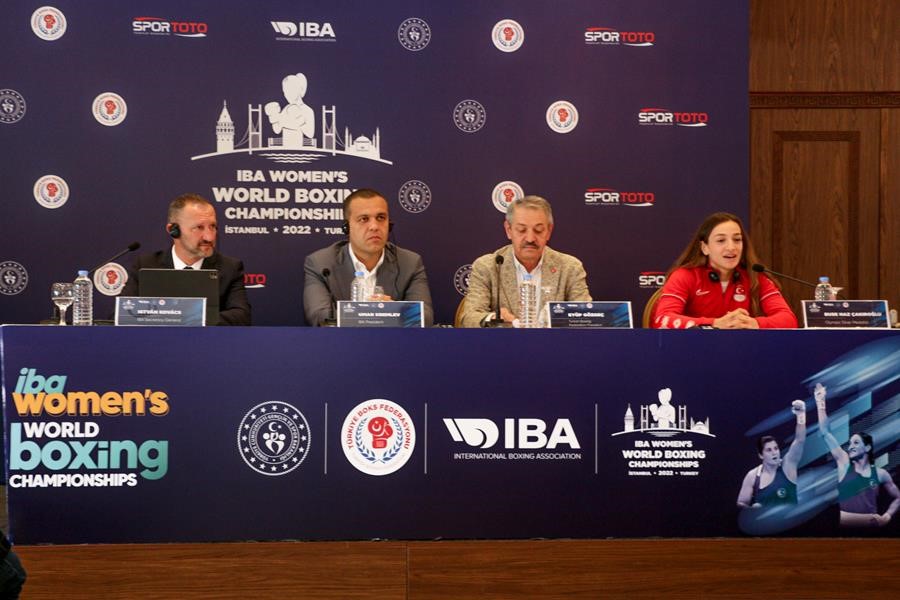 “The story of women’s boxing in IBA is relatively young but full of promise. With a record 93 countries coming to Istanbul, we can clearly see that women’s boxing has become a global phenomenon,” said IBA President Umar Kremlev. “This year’s IBA Women’s Boxing World Championships is ready to show off both confirmed champions and newcomers. And it is a great opportunity to remind the world that IBA is equally committed to men’s and women’s boxing. We are deeply grateful to our Turkish partners for their efforts to deliver a high-quality event.”

For the first time, a purse of $2,4million will see successful women medallists rewarded with the same prize money as men. Awards will also highlight the contributions of those women, both in the ring and behind the scenes, that have built the women’s side of the sport. While women’s boxing only enjoyed its Olympic debut as recently as London 2012, the IOC has already committed to gender equality in terms of the number of participants at Paris 2024.

IBA has also been finalising arrangements for further improvements to sports integrity, to ensure the promise of a fair fight is delivered for the women competing in Istanbul. Improvements had already been made to the processes around the selection and training of referees & judges and other officials at the 2021 IBA Men’s World Boxing Championships. Refinements are being implemented, such as the introduction of a random element for the selection of officials. All officials are also subject to extensive background checks and AI-assisted integrity analysis conducted by independent experts.

Speaking alongside Kremlev, Kovacs and Turkish Boxing Federation President Eyüp Gözgeç at a press conference at the Sports Writers’ Club of Turkey was the Turkish Olympic silver medallist from Tokyo 2020 in the women’s flyweight division, Buse Naz Çakıroğlu. She said: “It’s so exciting to have the IBA Women’s World Boxing Championships coming here to Turkey, and I know that many Turkish women will be inspired by what they see. I know I speak for all my teammates when I say that we are very proud to have the chance to compete before a home crowd for the special title of IBA Women’s World Champion. Our goal is to bring back a medal in every category!”

An IBA Extraordinary Congress will also be held in Istanbul during the IBA Women’s Boxing World Championships, featuring elections for the IBA Presidency and IBA Board of Directors, and conducted to an unprecedented level of governance integrity.