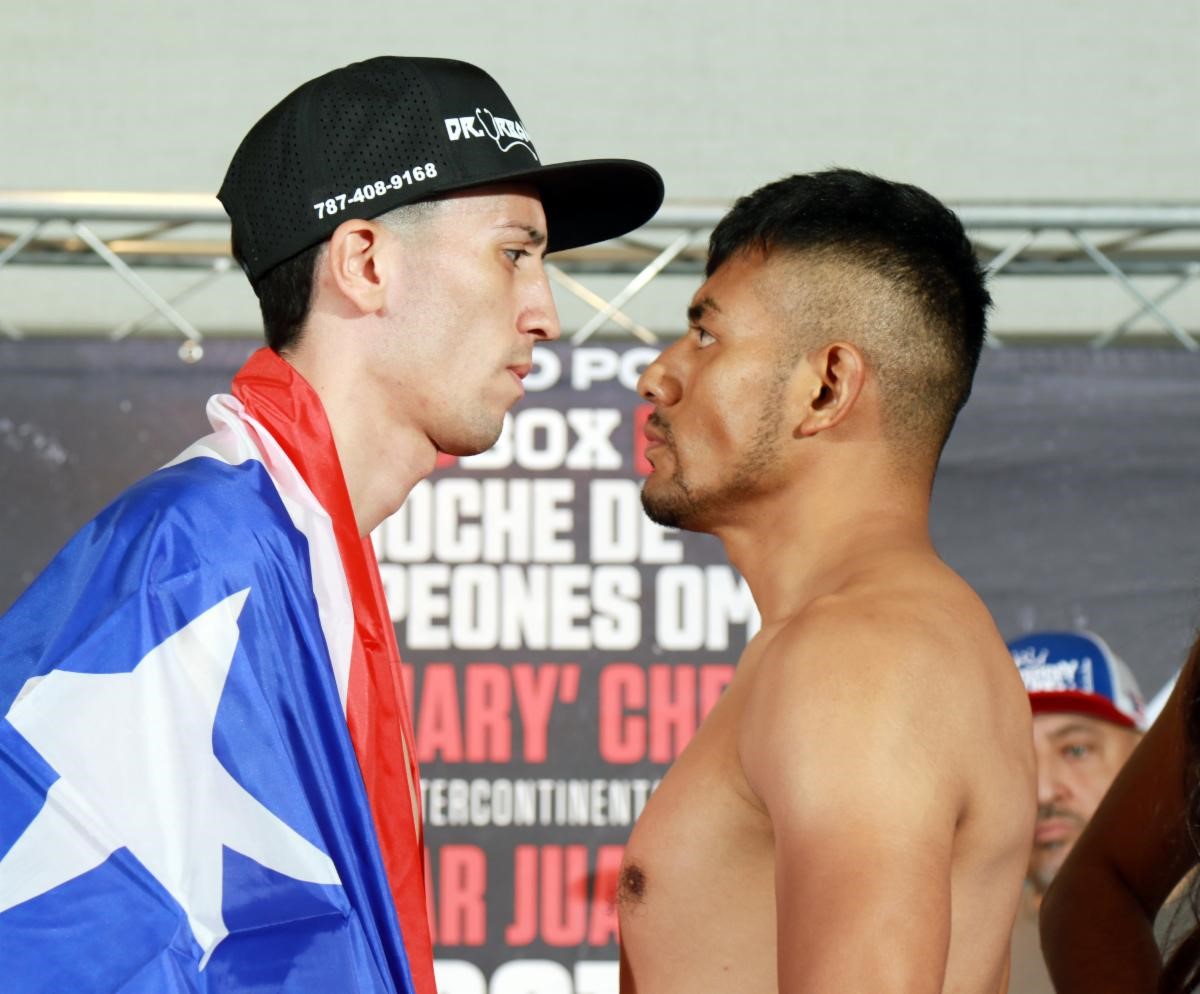 October 25, 2022, San Juan P.R  – –   ProBox TV is at the World Boxing Organization (WBO) Convention this week in San Juan for a special Wednesday edition of boxing. In the “WBO Night of Champions,” Bryan “Chary” Chevalier will battle Cesar “Corazon” Juarez for the vacant WBO Intercontinental Junior Lightweight Title.  The Chevalier-Juarez fight will be the main event and headliner at the renowned Coliseo Roberto Clemente, located in the heart of San Juan, Puerto Rico and streamed live on ProBox TV and the ProBox TV app beginning at 8 pm ET

Chevalier (17-1-1, 13 KOs) from Bayamón, Puerto Rico, is on a nine-fight win streak since his first and only defeat in his professional career. He has two titles in his resume, on July 9, 2021, won the NABO featherweight title and on Aug 17, 2019 won WBO Latino title.

The co-main event bout will feature another Puerto Rico versus Mexico battle as the NABO junior welterweight title will be at stake when Puerto Rico’s Nestor Bravo (20-0, 14 KOs) puts his undefeated record on the line against Mexico’s Adrian Yung (28-7-3, 22 KOs).

A ProBox TV Subscription is $1.99 per month.

Following is the ProBox fights and official weights . . .