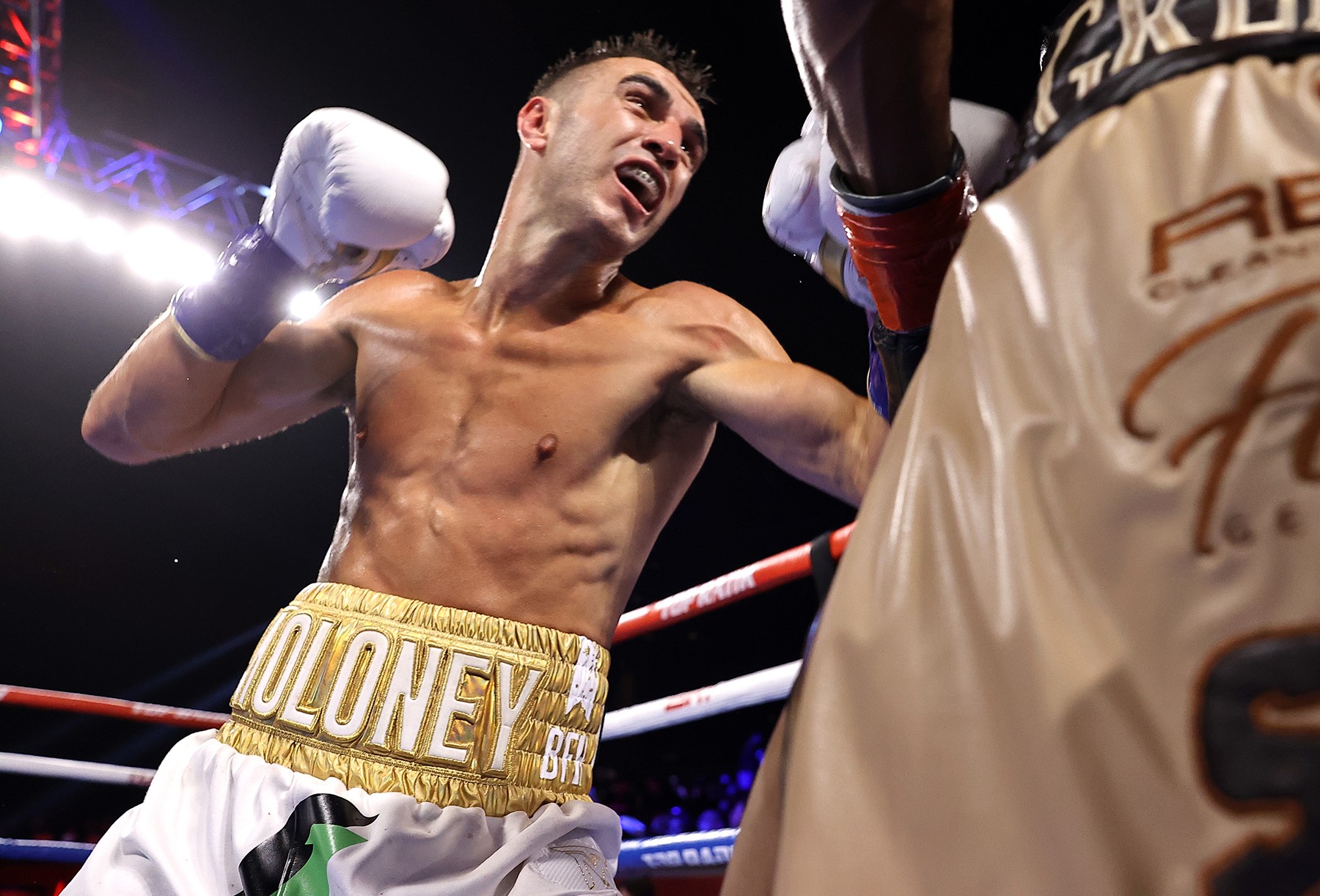 (January 3, 2022) – Australian Mayhem Jason Moloney in eager to secure his shot at WBC champion Nonito Donaire, as he looks to hammer down a final eliminator for the Green and Gold strap.

Moloney defeated Greer in the middle of 2021, picking up the WBC Silver title, putting him in line for a shot at the champion Donaire.
Jason discussed what a potential clash with the legendary Filipino champion. He said, “I want to get a final eliminator for Donaire. I’ve worked really hard to come back an improved fighter from the Naoya Inoue fight and I believe I now have the skill set to push everybody in the bantamweight division. I think I showed that in the Greer fight.

“I want the WBC title, that’s the dream. So if that means fighting Nonito Donaire then so be it. It’ll be a great fight against a great champion. Firstly I have to get past whoever they put in front of me in an eliminator and that looks to be a 51-1 fighter from Thailand, so that’s my objective as of now, but fighting Donaire was on my Christmas last year!”

From a rating standpoint, Thailand’s Nawaphon Kaikanha sits at number 1 in the WBC ratings at 118 and Moloney opened up about a potential clash with the impressive Thai.

Moloney said “Kailanha is a quality fighter, you don’t get to WBC number 1 if you’re not, but if I can’t get Donaire now, that’s the fight I really want so my team can put me in a position to fight Donaire.

“I can’t look passed Kailanha however, he’s a quality fighter and I wouldn’t want to fight anyone who wasn’t quality to be made mandatory for the world title.

“My team Dragon Fire Boxing led by the baron, Tony Tolj, and Top Rank are looking to make that fight this year. Whether it’s in Australia or America I’m easy, I’ll travel anywhere to fight as I’ve shown before, and I will go wherever it takes to become world champion.”