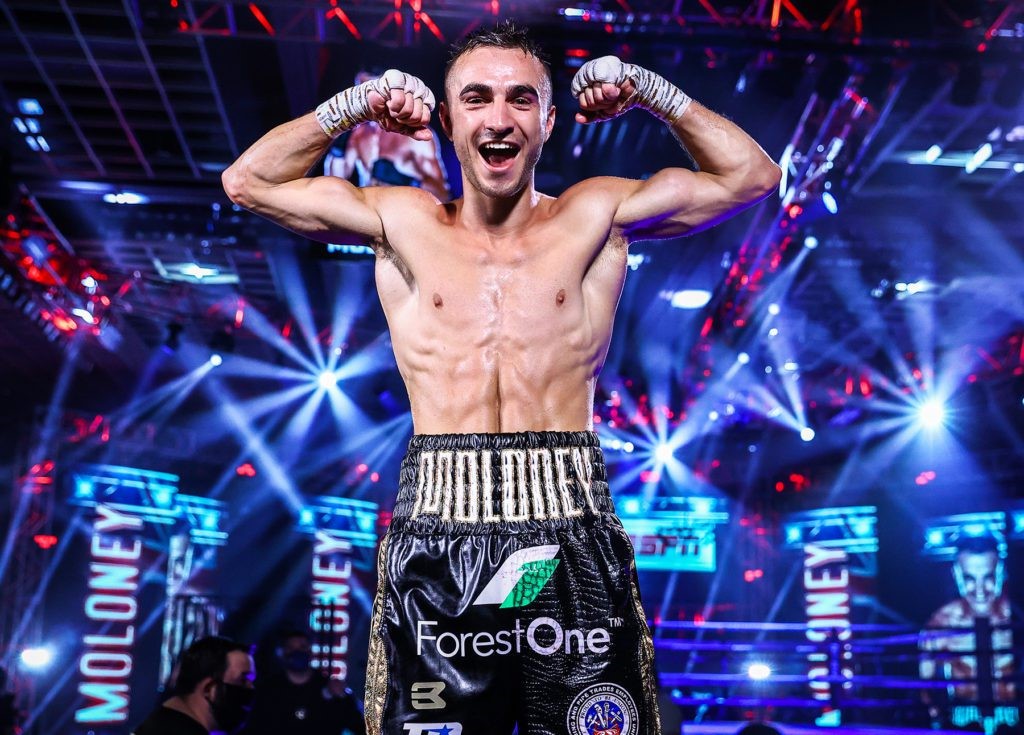 Donaire needs no introduction, as he’s a legend to the sport, and the all-action Australian was full of admiration for the Filipino Flash.

Moloney stated, “You can’t help but admire Nonito Donaire, he’s a class act. He’s an example of what fighters should be like. He comes across as a gentleman and classy guy outside of the ring, and in the ring, he’s a warrior. I have nothing but respect for the man.

“Donaire has fought everybody and showed in his last fight he is at the top level. You can see he’s a dedicated athlete who keeps his body ready all year around. That’s what being a professional athlete is about. That’s why he is still at the elite level in 2021.”

Moloney currently sits in the number 2 spot with the WBC after beating Josh Greer this past summer in the USA. With a final eliminator insight, the ‘Australian Mayhem’ elaborated on his hopes for 2022.

Moloney said, “I cant want for the final eliminator for Donaire. I’ve worked really hard to come back an improved fighter from the Naoya Inoue fight and I believe I now have the skill set to push everybody in the bantamweight division.

“I want the WBC title, that’s the dream. So if that means fighting Nonito Donaire then so be it. It’ll be a great fight against a great champion. Firstly I have to get past whoever they put in front of me in an eliminator so that’s my objective as of now, but fighting Donaire is on my Christmas list this year!”