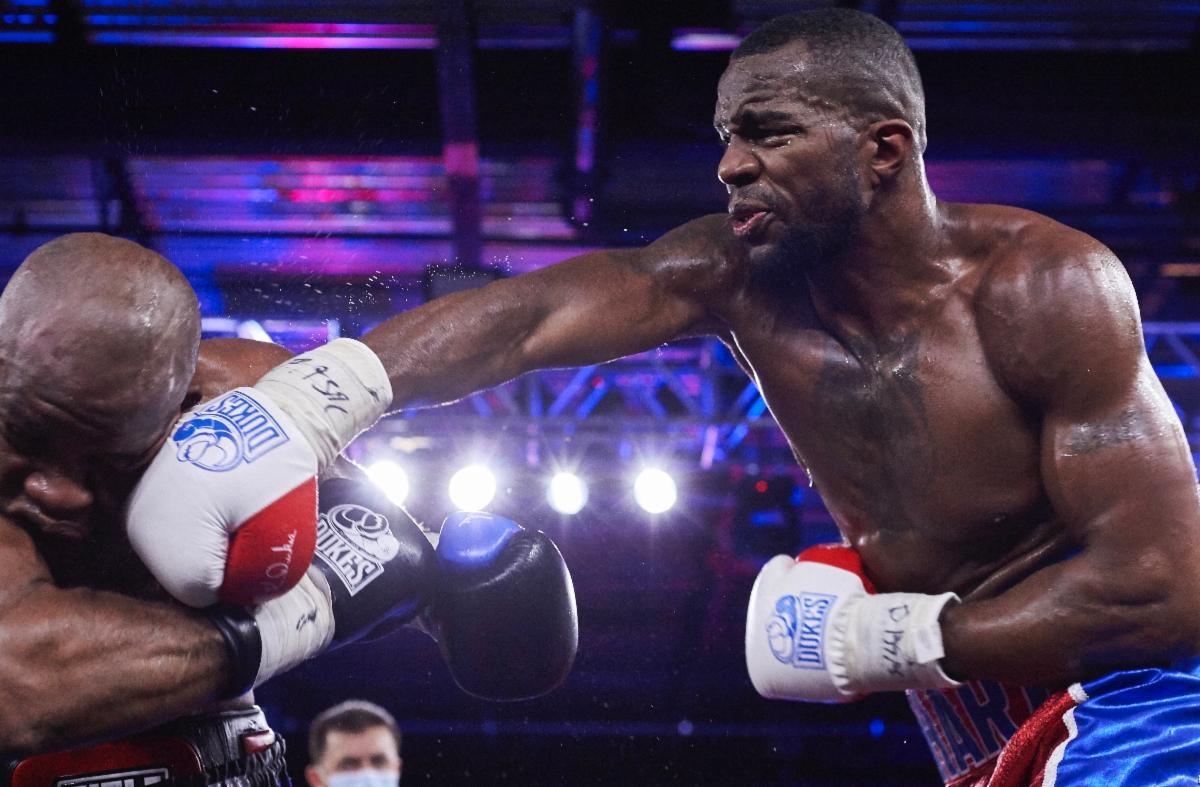 PHILADELPHIA (September 19, 2021)–Former two-time world title challenger Jesse Hart made a triumphant return to Philadelphia by pounding out an eight-round unanimous decision over Mike Guy at a crowded 2300 Arena.

Hart, who was fighting for the first time in 20-months, controlled the action and landed the harder punches throughout the contest. Guy was sturdy, but landed very few punches. Guy showed a good chin as he ate some nice uppercuts from the taller Hart.

Samuel Teah took out Larry Fryers in the opening round of their scheduled 10-round super lightweight bout.

In the opening frame, Teah landed a double-jab that was followed by a booming right hand that sent Fryers hard to the canvas. Fryers was wobbly and ate a huge flurry of punches and the fight was stopped at 2:42.

Jabril Noble stopped David Boria in the final round of their four-round lightweight fight.

It was a tough fight that saw Noble get the better of the action. In round four, Noble hurt Boria with a left hook. Noble followed up with a barrage of punches, and the fight was stopped at 1:24.

O’Callaghan dropped Hall with a straight in the final round, but he could not put Hall away.

Isaiah Johnson remained undefeated with a 3rd round stoppage over Leoniadas Fowlkes in a scheduled four-round junior welterweight fight.

In round three, Johnson landed a blistering combination that snapped back the head of Fowlkes. Johnson hurt Fowlkes and the fight was stopped at 2:!5.

Jerrod Miner broke a 14-fight winless streak by winning a four-round Majority decision over Joshua Arrons in a bantamweight fight.