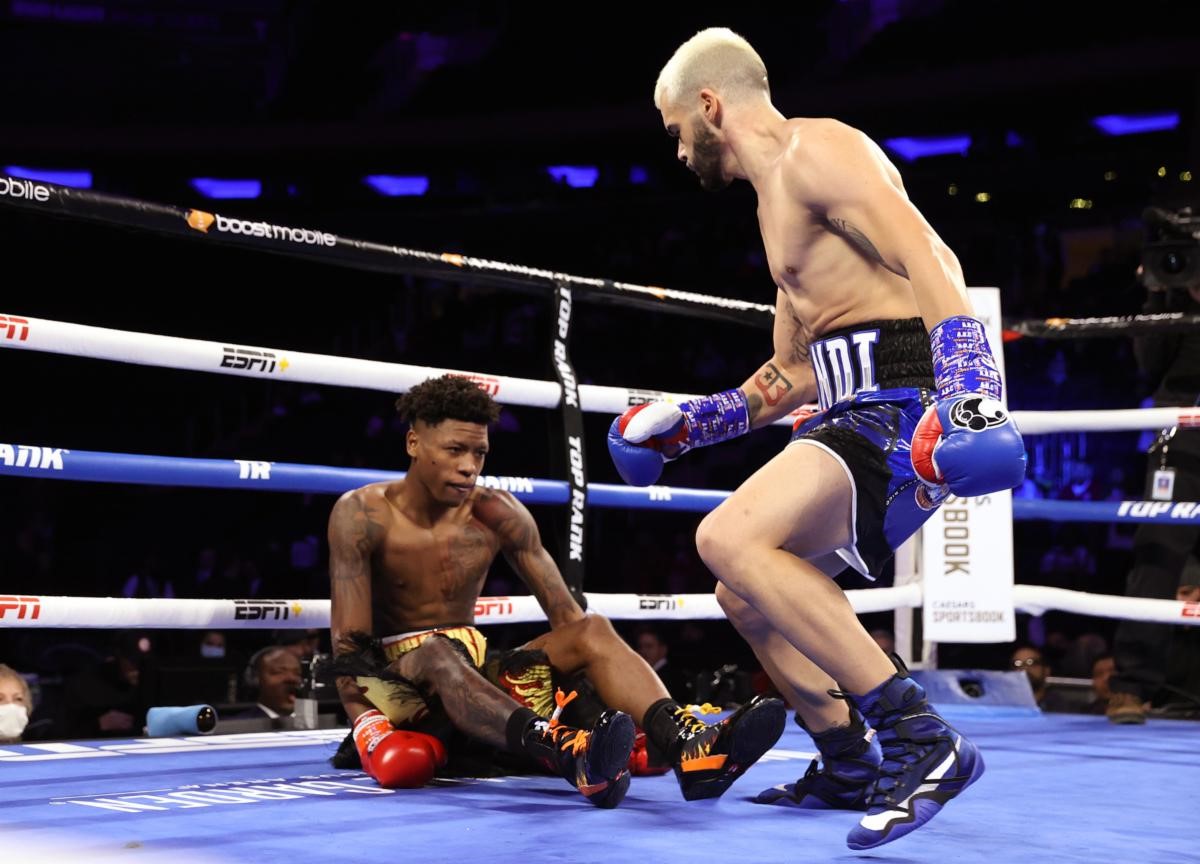 Bauza is managed by Split-T Management.

In round two, Bauza clocked Williams with an overhand left that sent him to the deck. Williams kept kneeling on the canvas in an effort to slow down Bauza’s attack. In round four, Bauza dropped Williams three times. The first came from a combination on the ropes. The 2nd came from a perfect left. Williams finished the fight with a perfect straight left to the face and the fight was stopped at 2:18.