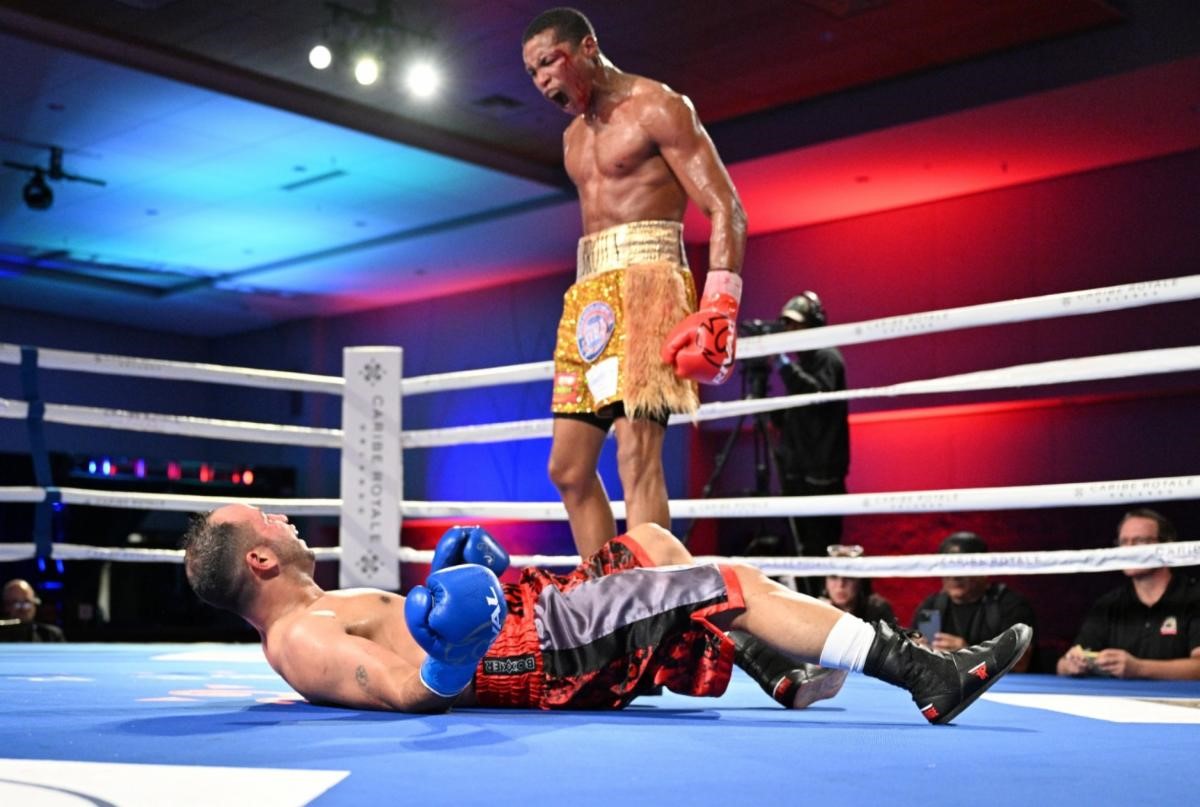 LAS VEGAS, NV (October 17, 2022) – Cuban rising star, undefeated super lightweight Kevin Brown (2-0, 2 KOs), has started off his career with a bang as he defeated Adriano Porfirio Ramirez (12-5, 7 KOs) by 6th round knockout, via a vicious left hook to the head. The fight took place this past Saturday at the Caribe Royale Resort in Orlando, Florida, a card promoted by Boxlab Promotions.

Brown, who fought in his first scheduled 10-round bout in only his second pro fight, was winning every minute of every round up until the point of the stoppage. The time of the stoppage was 2:34 of round six and Brown became the WBA Fedecentro Super Lightweight Champion.

“I am excited to display my skills and punching power to the world,” said Brown, who is managed by Jesse Rodriguez. “America is the land of opportunity and I am fortunate to now have my chance for glory. I am ready for the best in the world. I do not need to be built up. I have been built through my international fights. My time is now!”

Brown, like fellow Cuban countryman David Morrell (7-0, 6 KOs), is on the fast track to a world title. He hopes of being in a 12-round bout for his next fight against a top contender.

“I have a very good pedigree and I fought against the best fighters in the world as an amateur,” said Brown, who trains in Las Vegas with Bob Santos. “I am ready to jump in right now with anyone in the lightweight or super lightweight division. Whether it is Michel Rivera, Gervonta Davis, Isaac Cruz, you name it, I will fight them. I believe I’m the best and I am here to prove it. I am 28-years-old, I am not trying to waste time, I want to be thrown in now.”

“Kevin Brown as all the tools to become a world champion,” stated Bob Santos, Brown’s head coach. “His punching power is on another level. He’s seen every style possible being an international star on the Cuban National team. I’ve been in this sport for a long time, and I believe Kevin Brown can become one of the great Cuba fighters.”