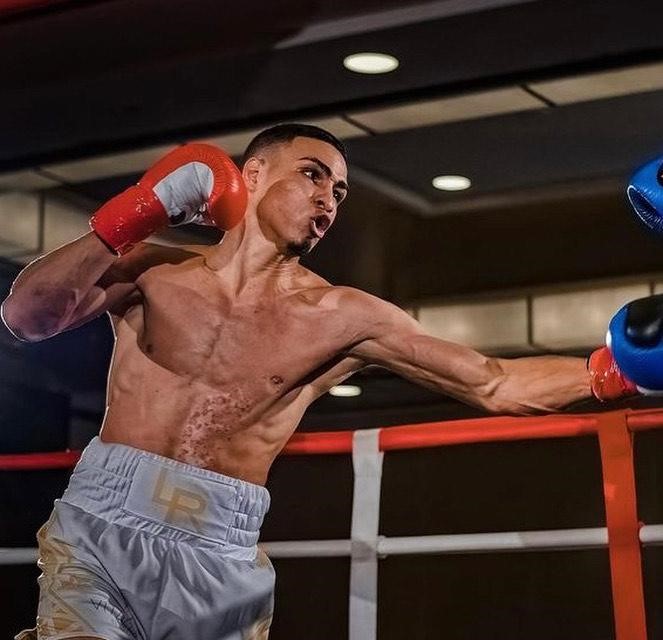 MIAMI (June 10, 2022) — Luis Rodriguez, (8-0, 8 KOs) from Toa Alta, Puerto Rico, fights on Saturday night at Casino Miami Jai Alai, Miami, on the one-year anniversary of his professional debut. Saturday will be fight nine in one calendar year. He will be featured on the card headlined by the Trevor Bryan vs Daniel Dubois world heavyweight championship fight, which can be seen on in-demand PPV and on FITE TV.

Rodriguez will battle Ryan Adams (8-5-1, 6 KOs), from Saint Louis, in a scheduled six-round super middleweight bout, in what is sure to be his toughest test to date.

The 25-year-old Rodriguez, who decided to bypass the Tokyo Olympics to turn pro, was a five-time Puerto Rico National Champion.

Rodriguez’, whose team includes renowned boxing attorney Tony Gonzalez and promoter, Rivalta Boxing, made his pro debut on June 11, and fought again on June 26 then once per month for the next four months.  His knockouts have come in rounds 2, 1, 4, 1, 2, 2, 1, and 4 respectively.

“I am very excited to be fighting on a Don King card and be able to showcase my talent to boxing fans around the world live on FITE TV and PPV,” said Rodriguez. “I can’t wait to get in the ring on Saturday night!”

“Saturday night will be Luis’ ninth fight in twelve months,” said Gonzalez. “Our pedal to the metal philosophy continues. We try to get him in the ring once a month to get him as much professional experience as possible.  Every fight he has we try to make it a little tougher.  Soon we hope to have Luis fight back home to Puerto Rico where ideally he would fight for a regional belt before his home crowd.”