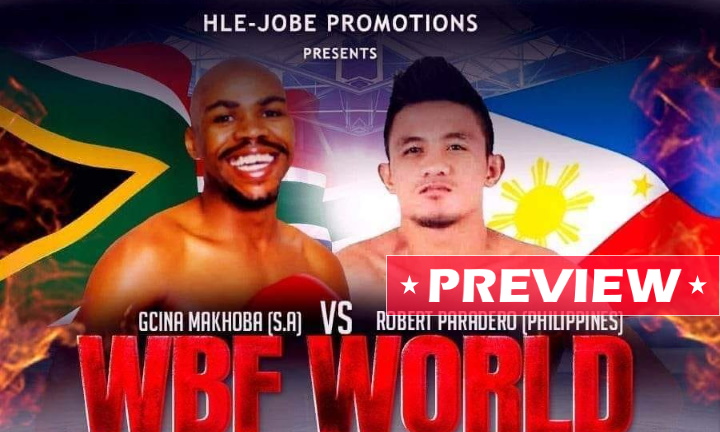 After two successful defenses of the World Boxing Federation (WBF) International title, South African Gcina Makhoba. 8-1-1 (3), will be in for his biggest challenge to date when he fights for the vacant WBF World Super Flyweight title on Saturday, December 3, in his home-town Dundee, KwaZulu-Natal.

In the opposing corner will be Filipino Robert Paradero, 18-3-1 (12), a man with much more world level experience than the local hope.

Paradero (26) twice challenged for WBA world titles last year, losing by split decision to Victorio Saludar and by fifth round stoppage to Thammanoon Niyomtrong. He will likely fancy his chances against an opponent who has yet to compete at his level.

Makhoba won the WBF International crown in February of 2020, and retained the belt a year later and again this past October. While showing in those fights that he has even more to offer, only time will tell if he can raise to the occasion and handle what Paradero will bring.