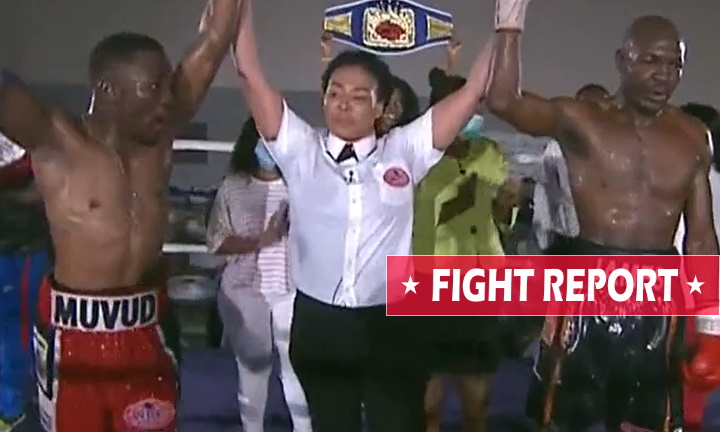 With the crowd at Memorial Centre in Kagiso, South Africa on its feet from the first to the last bell, it was a tremendous fight which is already now a leading contender for WBF 2022 Fight of the Year.

26-year-old Junior Makondo was the stronger man early in the fight, while Muvud (28) finished best. Both men threw punches in bunches, with intend to stop their foe inside the distance.

But the fight went the full ten rounds, with judges Simon Mokadi and David Van Niewenhuizen both scoring it 95-95, and judge Siya Mani scoring in 97-93 for the visitor, making it a majority draw and leaving the title vacant.

Promoted by TLB Boxing Promotions, the fight was broadcast live by SABC Sport.