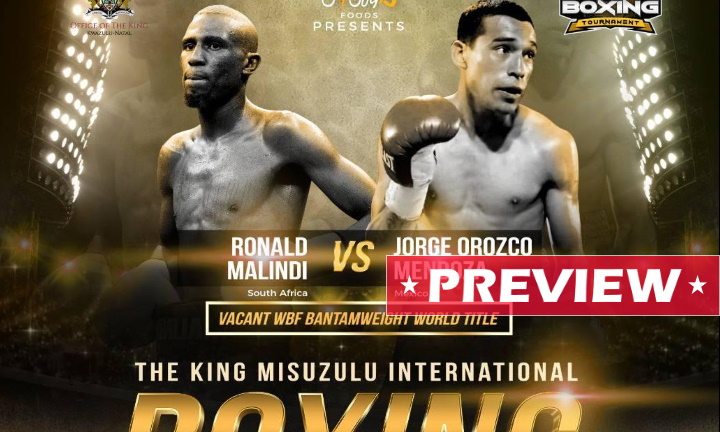 “King” Malindi, 19-0 (9), also a former two-time African (ABU) titlist, has made four successful defenses of his national crown since winning it in 2018.

Now he is stepping up to world class against Orozco Mendoza, 17-3-2 (11), who, at least on paper, will be his sternest test to date by far.

The 26-year-old Mexican, nicknamed “El Huesos”, has, despite drawing against Eric Omar Lopez (16-5-1) in his most recent outing, proved he is a top fighter on several occasions.

Last February he became the first, and so far only, man to defeat Franklin Gonzalez (25-0), when he edged the Venezuelan contender by split decision in Guadalajara.

A former holder of several regional titles, it will also be Orozco Mendoza´s first shot at a world championship, and with both men in their absolute prime it shapes up to be a great fight.

The King Misuzulu International Boxing Tournament, with Malindi vs. Orozco Mendoza as one of the featured bouts along with four additional title fights, will be promoted by Joy4Joy Boxing Promotions.