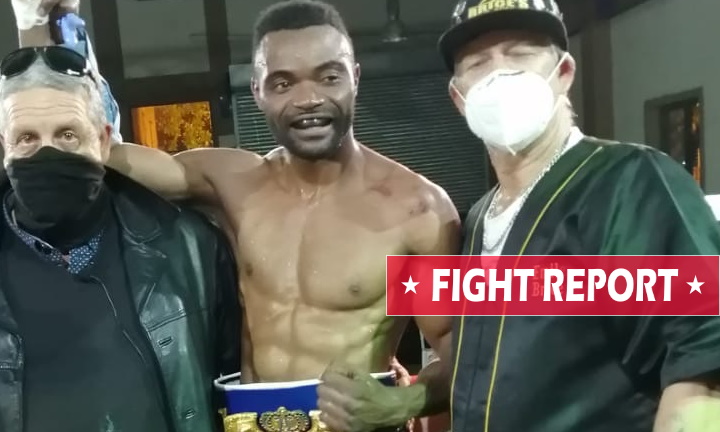 In a very entertaining fight at the Vibrant Sports Studio, with action almost non-stop, Mayala was a little bit sharper and more active, as he landed the cleaner punches and won most rounds, despite all being highly competitive.

After ten rounds of boxing there was no doubt that Mayala was the winner, with judges Elroy Marshall, Fred Van der Ross and Simphiwe Gceba all scoring the fight in his favour: 98-91, 99-90 and 97-92. Referee was Clifford Mbelu, and WBF Supervisor Mickey Klass.

Mayala improved his professional record to 13-3-1 (6), while Lando drops to 7-2 (6). The fight was promoted by Brice Boxing Promotions, headed by Jackie Brice.