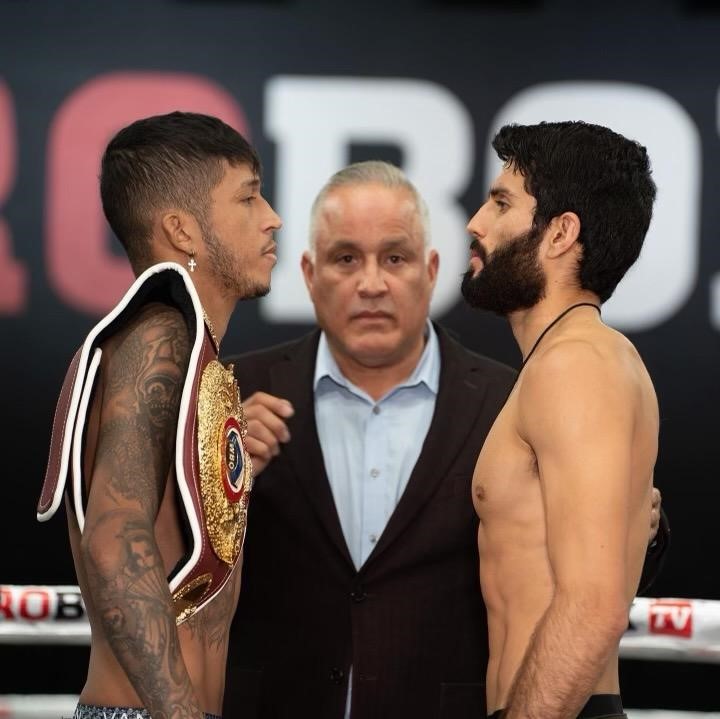 PLANT CITY, FL (November 3, 2022) – Thompson Boxing’s lightweight Miguel Madueño (27-1, 25 KOs), is looking to bounce back from the first loss of his career when he faces Juan Huertas (16-3-1, 12 KOs), on Friday, November 4th, at the Whitesands Events Center in Plant City, Florida. The 10-round bout will broadcast worldwide on ProBoxTV.com with the WBO Latino Championship on the line.

“I have had a great camp and made major improvements since my first career loss,” said the power-puncher Madueño, who has an 89% KO ratio as a pro. “In my last fight I didn’t feel like myself, but now I am ready to bring the old ‘Explosivo’ back. I will knock this guy out and put the division on notice.”

In Madueño’s last fight, he lost a twelve-round decision to former world champion Jezreel Corrales, in March of this year. Since that fight, Madueño has not missed a day in the gym and has used the loss as motivation.

“I wanted to be a world champion so bad and put a lot of pressure on myself to perform in my last fight,” said Madueño reflecting on his fight that had implications for a future world title shot. “I know now what I need to do, and how not to beat myself. I put myself in a position that made my last fight much harder.”

Huertas recently upset undefeated Jonhatan Cardoso in June of this year and is hoping for a similar result on Friday, but Madueño doesn’t see it happening.

“He is in a lot of trouble,” stated Madueño. “He has been knocked out twice, and I don’t see a way he can take my power at all. I am one of the hardest punchers in the division – when I hit him, he will fall, and he isn’t getting back up.”