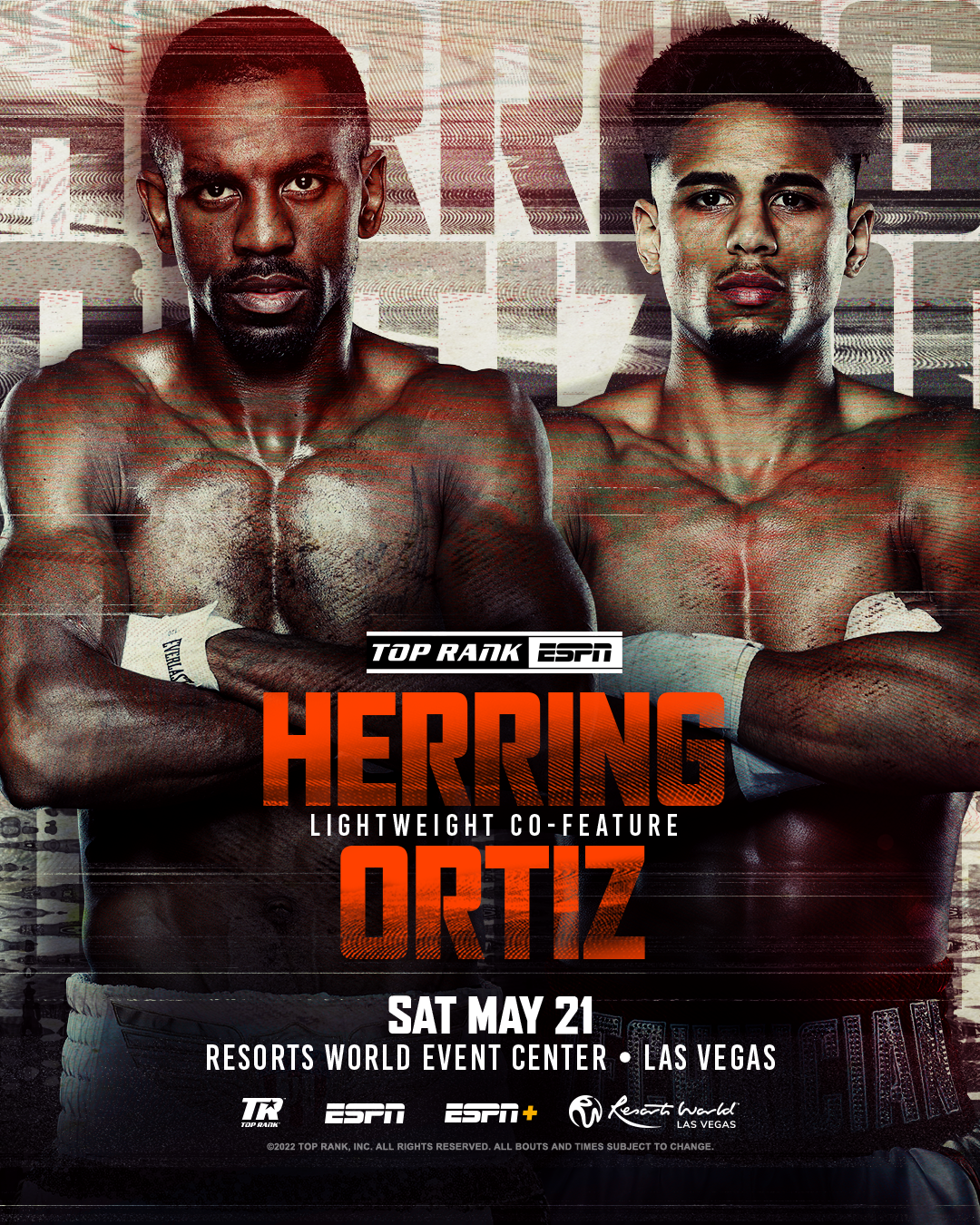 TALE OF THE TAPE

Career highlights:
• Compiled a record of 100-14 as an amateur
• Competed in 2016 U.S. Olympic Trials in Reno, NV
• Stopped Josh Parker at the 3:00 mark of the opening round in his professional debut in 2016
• In February of 2019, defeated previously unbeaten Ricardo Quiroz of California to capture the vacant WBC World Youth Lightweight Title
• Headlined first fight in his hometown of Worcester in 2020 with a first-round knockout win over 22-win veteran Luis Castillo
• Became the first fighter to stop challenger Sulaiman Segawa, finishing his opponent in the seventh round of a scheduled eight-round bout on the undercard of the Mike Tyson-Roy Jones pay-per-view event in California in November of 2020
• In his first appearance on ESPN, fought to a draw against fellow unbeaten lightweight Joseph Adorno in 2021, surviving two knockdowns to keep his unbeaten record intact
• Headlined telecast of Showtime’s ShoBox: The New Generation in February and dominated challenger Nahir Albright to capture the NABF title

On facing Herring: “Jamel Herring is a tremendous fighter with an impeccable resume, and I have all the respect in the world for what he’s accomplished, but on May 21, he’s stepping into my ring in my weight class, and I will show him – and the entire world – why I’m the future at 135 pounds. What you saw in February against Nahir Albright is simply a preview of what’s to come. We’ve only scratched the surface. I’m looking forward to adding more titles to my own resume as I climb the ladder in 2022.”

Career highlights:
• U.S. Marine Corps veteran
• Deployed to Iraq in 2005
• Held the WBO junior lightweight title from 2019 to 2021 and is ranked as the world’s fourth best active junior lightweight by The Ring
• Won a gold medal at the 2011 and 2012 Armed Forces Championships
• Qualified for the 2012 Olympics in London and was the only Marine to compete and the first active duty Marine to qualify for the U.S. boxing team since 1992
• Defeated Masayuki Ito to win the WBO junior lightweight title in 2019
• In his first title defense, defeated Lamont Roach Jr. via unanimous decision, 117-111 twice and 115-113
• Defeated former two-division champion Carl Frampton in Dubai in 2021 via sixth-round technical knockout to retain his WBO title

On facing Ortiz: “I’m happy to be back, starting the new year with a fresh start. A lot has changed since I was last in the ring. I am working with a new trainer, Manny Robles, and returning to the lightweight division for this upcoming fight. I’m optimistic that a victory here will place me back in the title picture at either lightweight or junior lightweight.”