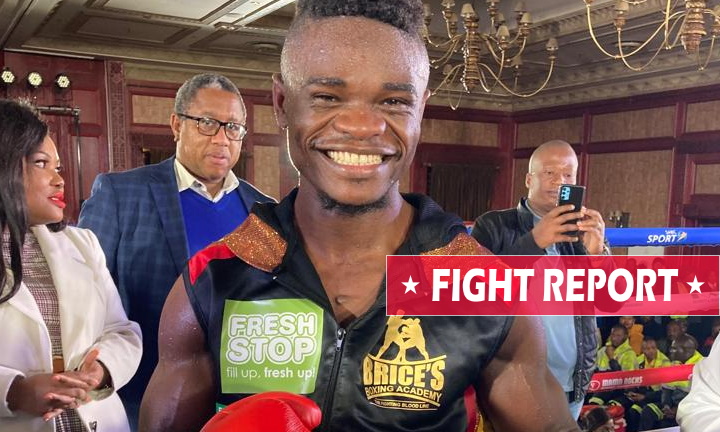 In a thrilling battle between big punchers, the Angolan was behind on two scorecards when he hurt local challenger Junior Makondo in the final round, forcing a stoppage with a big flurry. Official time: 1:50 of round ten.

Before that it was back and forth action, with the spectators at Meroba Casino getting their moneys worth from the first bell and the challenger getting the best of most exchanges.

But it was all in vain, as Ndombassy, sensing the urgency, never stopped trying to salvage his title and eventually succeeded.