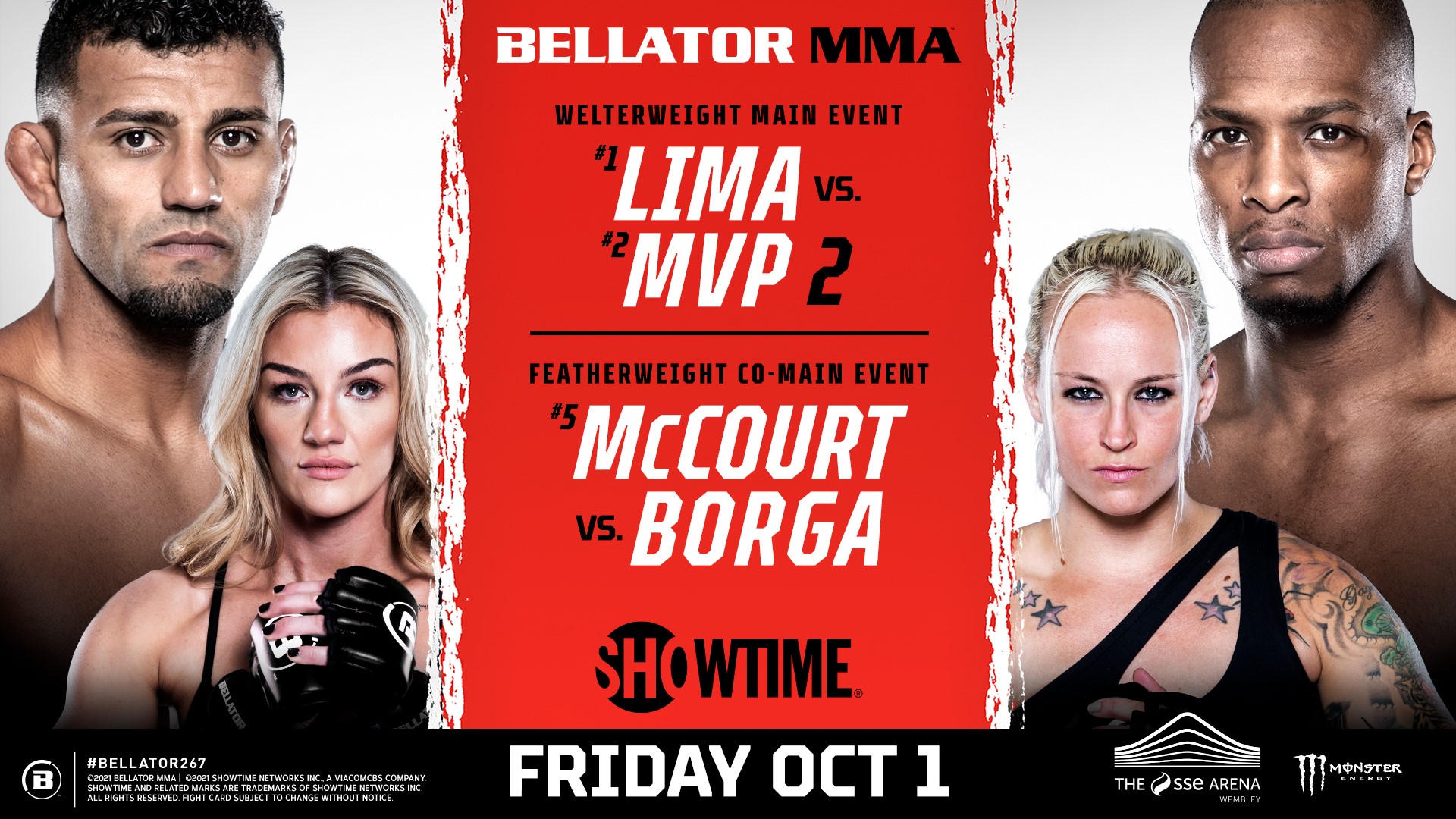 LOS ANGELES (Sept. 28, 2021) – Kicking off a mammoth month of outstanding BELLATOR MMA action, former three-time BELLATOR Welterweight Champion and current No. 1-ranked contender Douglas “The Phenom” Lima (32-9) will square off in a much-anticipated rematch against No. 2-ranked Michael “Venom” Page (19-1) in the main event of BELLATOR MMA 267: Lima vs MVP 2, this Friday, Oct. 1, at 4 p.m. ET live on SHOWTIME from The SSE Arena, Wembley in London.

During their initial encounter as the co-feature of BELLATOR MMA 221 nearly two-and-half years ago on May 11, 2019, Lima advanced to the final of the BELLATOR Welterweight World Grand Prix by scoring a devasting knockout over MVP at 35 seconds of the second round.

Lima, of Atlanta, followed up his destruction of “MVP” and captured the BELLATOR welterweight crown five months later when he grinded out a unanimous decision over Rory MacDonald. The hard-fought victory in October 2019 at BELLATOR MMA 232 from the Mohegan Sun in Uncasville, Conn., earned the Brazilian native a hefty $1 million prize, saw him collect both the BELLATOR Welterweight World Grand Prix and 170-pound world title belts, and avenged a previous loss to MacDonald.

Hailing from London, “MVP” recorded one of the most devastating knockouts in BELLATOR history when he landed a flying knee at 4:31 of the second round to stop Brazilian Evangelista Santos on July 16, 2016, at BELLATOR MMA 158 from the O2 Arena in London. Currently riding a five-bout win streak, the hard-hitting 34-year-old opened his career by scoring nine first-round victories by knockout or submission in his initial 13 contests.

In the fantastic featherweight co-feature, Irish phenom and No. 5 contender Leah McCourt (5-1) hopes to run her unbeaten streak to six and continue her ascension to the top of the BELLATOR rankings when she takes on hard-hitting Jessica “The Black Widow” Borga (3-3) of Lakeland, Fla.